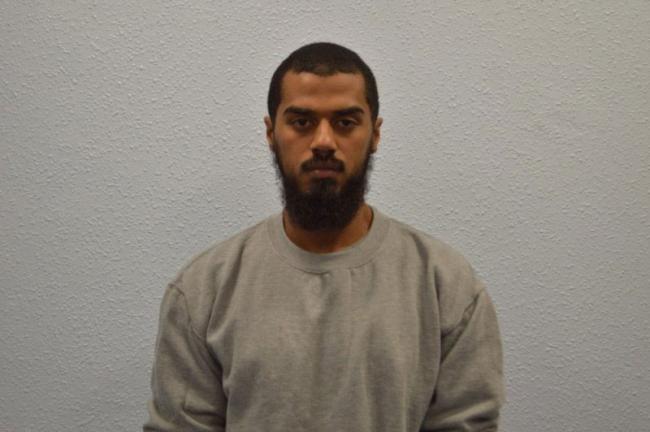 Kabul, Jun 27 (IBNS): A former Taliban bomb maker, who has been taken into custody for scheming to kill the police and MPs in the United Kingdom, has been found guilty by a  jury at the Old Bailey, according to The Guardian report.

The 28-year-old man, identified as Khalid Ali, had disappeared from his North London residence in 2011 and was out of sight for almost six years-the time in which he reportedly built bombs at an al-Qaida-linked Taliban training camp in Afghanistan.

He was stopped at the Heathrow Airport upon his return to England in 2016 and his fingerprints were matched to FBI records in the US wherein it was found identical to bomb components found in Afghanistan.

This led to an investigation by the UK, keeping Ali into scrutiny.

Originally a plumber, he was arrested at the Palace of Westminster in April last year after video footage revealed that he was carrying three knives. It was only after further investigation that the fact that he had marked out targets in New Scotland Yard, the MI6 headquarters and parliament came to light.

The court found him guilty of having possession of explosives in relation to his activities in Afghanistan and planning acts of terrorism in connection to his plans in Westminster.

Dean Haydon, the deputy assistant commissioner for Scotland Yard’s senior national coordinator for counter-terrorism policing, said, “ Ali was an incredibly dangerous individual who had returned from a training camp in Afghanistan with a determination to kill police officers, the military or parliamentarians here in the UK.”

A British citizen, Ali told his parents that he was leaving for a plumbing job in Birmingham in 2011 before disappearing.

Haydon further added, “He left the UK and ended up in Afghanistan, in a Taliban training camp affiliated to al-Qaida, where for several years he helped terrorists make hundreds of bombs capable of mass murder.”

It was also reported that in an interview with officers, Ali had made his message clear to the British soldiers, telling them to evacuate, “Muslim Lands”, destroy Israel and release the prisoners of war.

He had said, “I would consider myself as a mujahid [Islamic warrior]…Jihad is what we do… and I am here to let you know the reason why I have come with the message, for you to make the right decisions, if not… we have a lot of time. UK is next on the list.”

Ali had pledged his allegiance to the Taliban and spoke about pressing the button more than 300 times in attacks aimed at American and British soldiers over a period of five years.

He denied terror offences but explained his reason for carrying knives on the day of his arrest saying, “I had the knives ready to kill, but only in self-defence.”