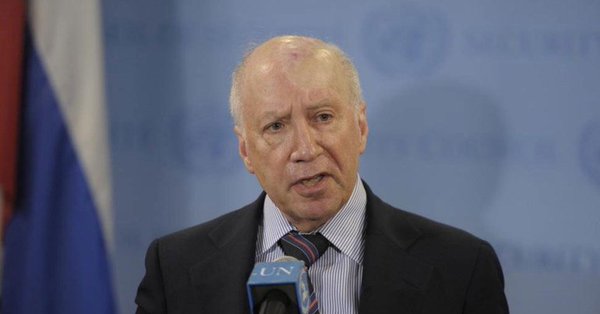 New York, June 13 (IBNS): The United Nations has welcomed Tuesday’s announcement by the leaders of Greece and the former Yugoslav Republic of Macedonia (FYROM) that 27 years after the dispute began, they have reached a mutual agreement over a new name for the Republic.

Following the announcement by the two countries that the new name being envisaged is the Republic of North Macedonia, the UN Secretary-General António Guterres said in a statement released by his Spokesman that he commended the parties "for their determination to bring this long-standing dispute to an end, in a demonstration of leadership to the wider region and beyond."

"He congratulates all who participated constructively in the efforts that led to the agreement," said Spokesman Stéphane Dujarric, and paid tribute to his Personal Envoy, Matthew Nimetz, "who embodied the values of perseverance, patience and quiet diplomacy in facilitating this historic agreement over many years."

Mr. Nimitz also congratulated the parties "for reaching a successful conclusion to the talks and for resolving the difference between them”.

Since FYROM declared its independence from Yugoslavia in 1991, Greece has refused to recognise its constitutionally-chosen name, Macedonia, insisting that only the Greek northern region of the same name, should be called Macedonia.  Greece has argued that the former Yugoslav republic’s use of the name was a challenge to Greek sovereignty.

Negotiations to resolve the name dispute began in 1993 and since 1999, have been led at the UN, by Mr. Nimetz.

“I have no doubt this agreement will lead to a period of enhanced relations between the two neighbouring countries and especially between their people”, he said.

“It has been an honour having the role of facilitator between the two parties and I want to pay tribute to the Secretary-General for his unwavering support and deep interest, and to other colleagues in the United Nations for their valuable contributions to the process”, he added.

The UN chief said it was now time for "all citizens in both countries to come together to move the process forward."

He reiterated the continuing commitment of the UN to proved all necessary support, both through the involvement of Mr. Nimetz and "through the relevant UN agencies, funds and programmes."

Guterres also said he was convinced that the resolution of the name issue, would have "positive repercussions" within Europe and hoped that other long running conflicts "may be inspired by this development to work towards negotiated settlements without further delay."