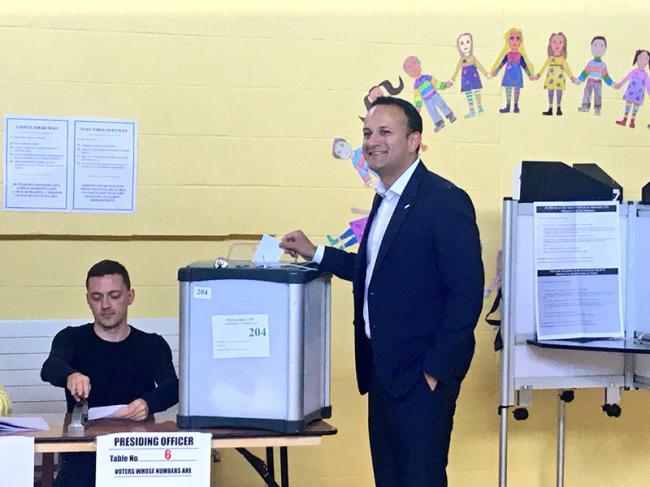 Dublin, May 26 (IBNS): Exit polls in the recent Ireland polls over abortion have suggested that the majority of the population have voted for the repeal of the Eighth Amendment.

According to said amendment, an unborn child has the same right to life as a pregnant woman.

Reports published by the local The Irish Times have suggested that around 70 percent of the eligible voters have voted in favour of abortion, while an estimated 30 percent wants to go unchanged.

The pro campaign has received a huge shot in the arm after Taoiseach (prime minister) Leo Varadkar openly backed the reform.

"Thank you to everyone who voted today. Democracy in action. It’s looking like we will make history tomorrow.... #Together4Yes," Varadkar tweeted on Friday.

Counting of the votes will begin today at 9 am local time.

Reacting to the prediction, Penny Mordaunt, the British Women and Equalities Minister said: "...historic and great day for Ireland and a hopeful one for Northern Ireland."

Being a strict Roman Catholic nation, Ireland's view about abortions are very conservative.

Abortions pertaining to cases of rape and incest are not permitted.

Earlier, even travelling abroad for termination wasn't allowed. However, that rule was changed 1992 after the Irish Supreme Court overturned the travel ban.

According to UK Department of Health, more than 3000 Irish women had abortions in clinics across the UK and Wales.