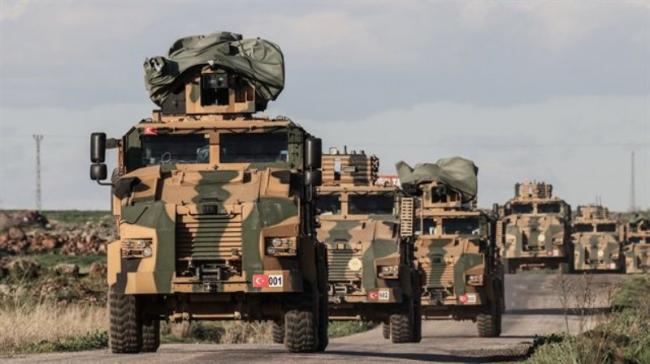 Ankara, May 5 (IBNS): At least 4,376 militants have been neutralised since the launch of Operation Olive Branch by Turkish military, said country's President Recep Tayyip Erdogan said on Friday.

The neutralisation has mostly taken place in Syria.

"Number of terrorists that were neutralized in Afrin was 4,376. In northern Iraq 379, while 297 in [Turkey's] Cudi, Gabar and Tendurek," local Anadolu Agency quoted Erdogan as saying.

Neutralised is a term often used by the national military to mean that the terrorist in question either surrendered and arrested, or were killed during combat.

Olive Branch was launched on Jan 20 in Afrin, Syria, to drive away the YPG/PKK and ISIS terrorists from the region.

According to the Turkish General Staff, through the operation, the country wants to stabilise its border and also protect Syrians from terrorists.

The Turkish military has also said that it is striking only terrorists and 'utmost' care is take to ensure no civilians are harmed during the course of the operation.