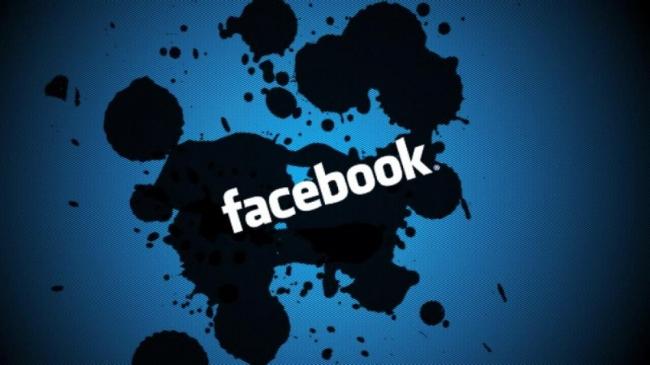 Washington, Mar 27 (IBNS):  The US Federal Trade commission has said it is investigating social media giant Facebook after the leak of personal and other data of its users.

The FTC said it has taken recent press reports raising substantial concerns about the privacy practices of Facebook seriously.

Tom Pahl, Acting Director of the Federal Trade Commission’s Bureau of Consumer Protection, said in a statement: "The FTC is firmly and fully committed to using all of its tools to protect the privacy of consumers. Foremost among these tools is enforcement action against companies that fail to honor their privacy promises, including to comply with Privacy Shield, or that engage in unfair acts that cause substantial injury to consumers in violation of the FTC Act. Companies who have settled previous FTC actions must also comply with FTC order provisions imposing privacy and data security requirements."

"Accordingly, the FTC takes very seriously recent press reports raising substantial concerns about the privacy practices of Facebook. Today, the FTC is confirming that it has an open non-public investigation into these practices,” read the statement.

Amid allegations of Cambridge Analytica data misuse, Facebook Inc Chief Executive Mark Zuckerberg last week finally broke his silence over the issue and said his company committed 'mistakes' in how it handled data belonging to 50 million of its users.

He also explained the various measures his government will take to restrict developers’ access to such information in future.

"We have a responsibility to protect your data, and if we can't then we don't deserve to serve you. I've been working to understand exactly what happened and how to make sure this doesn't happen again. The good news is that the most important actions to prevent this from happening again today we have already taken years ago. But we also made mistakes, there's more to do, and we need to step up and do it," Mark said in a Facebook post.

Speaking on the Cambridge Analytica isue, Mark said: "In 2013, a Cambridge University researcher named Aleksandr Kogan created a personality quiz app. It was installed by around 300,000 people who shared their data as well as some of their friends' data. Given the way our platform worked at the time this meant Kogan was able to access tens of millions of their friends' data."

"In 2014, to prevent abusive apps, we announced that we were changing the entire platform to dramatically limit the data apps could access. Most importantly, apps like Kogan's could no longer ask for data about. a person's friends unless their friends had also authorized the app. We also required developers to get approval from us before they could request any sensitive data from people. These actions would prevent any app like Kogan's from being able to access so much data today," he said.

"In 2015, we learned from journalists at The Guardian that Kogan had shared data from his app with Cambridge Analytica. It is against our policies for developers to share data without people's consent, so we  immediately banned Kogan's app from our platform, and demanded that Kogan and Cambridge Analytica formally certify that they had deleted all improperly acquired data. They provided these certifications," he said.

"Last week, we learned from The Guardian, The New York Times and Channel 4 that Cambridge Analytica may not have deleted the data as they had certified. We immediately banned them from using any of our services. Cambridge Analytica claims they have already deleted the data and has agreed to a forensic audit by a firm we hired to confirm this. We're also working with regulators as they investigate what happened," Mark said.

He said a 'breach of trust' has been committed.

Mark said he will take steps to 'fix' the trouble.

Stories about US President Donald Trump's 2016 election campaign doesn't seem to die down. The latest to have emerged from that controversial election is the role of Trump campaign’s data consultant, Cambridge Analytica, accused of using Facebook data wrongfully to influence the polls, even as the company Tuesday suspended its CEO Alexander Nix after a sting operation caught him discussing potential bribery and entrapment.

According to reports, the UK-based firm used data of millions of Facebook users without their consent to influence the 2016 US elections.

The Board of Cambridge Analytica had announced that it has suspended CEO Alexander Nix with immediate effect, pending a full, independent investigation.

"In the view of the Board, Mr. Nix’s recent comments secretly recorded by Channel 4 and other allegations do not represent the values or operations of the firm and his suspension reflects the seriousness with which we view this violation.

"We have asked Dr. Alexander Tayler to serve as acting CEO while an independent investigation is launched to review those comments and allegations," the company said in a release.

"We have asked Julian Malins QC to lead this investigation, the findings of which the Board will share publicly in due course," it said.

"The Board will be monitoring the situation closely, working closely with Dr. Tayler, to ensure that Cambridge Analytica, in all of its operations, represents the firm’s values and delivers the
highest-quality service to its clients."

The statement was released ahead of airing of the expose by Channel 4 News in the UK.

Even though several other apps on Facebook uses user data, Cambridge Analytica has been accused of breaking the rules as it obtained the said data under a veiled motive, telling users that it was for academic use.