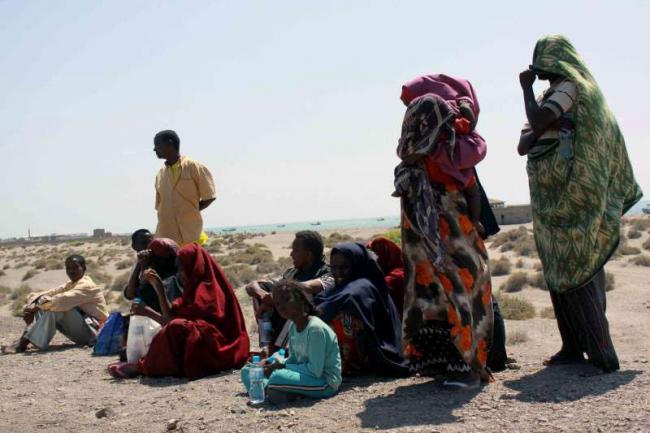 New York, Jan 27 (JEN): At least 30 refugees and migrants drowned when their boat capsized off the coast of Aden, Yemen, the United Nations reported on Friday, saying the overcrowded vessel was believed to have been operated by unscrupulous smugglers who were trying to extort money from the passengers.

The International Organization for Migration (IOM) and the UN Office of the High Commissioner for Refugees (UNHCR) expressed outrage and sadness over the incident, which occurred Tuesday.

“As we have been saying for almost five years now, the preservation of human life is our utmost priority everywhere,” IOM Director William Lacy Swing said Friday in Davos, Switzerland, where he has been part of the UN agency delegation attending the 2018 World Economic Forum.

“Yemen is no exception,” he added

Survivors of the incident have reported to the UN and partners that an overcrowded boat, packed with 101 Ethiopians and 51 Somalis, departed 23 January from the Al Buraiqa coast in Aden, headed across the Gulf of Aden towards Djibouti.

At least 30 people have died in this tragic incident. There have also been reports that gunfire was used against passengers.

“We are deeply troubled by reports of this latest incident,” Swing stressed.

IOM and partners are working with the Yemeni Coast Guard to further understand the incident and provide emergency assistance to survivors, including medicine, food, water and psycho-social support services.

IOM and the Un refugee agency have long been warning that prolonged conflict and insecurity in Yemen exposes vulnerable refugees and migrants to a heightened risk of human rights violations, such as arbitrary arrest, detention, trafficking and deportation.

Yemen is a traditional transitory and migratory hub in the region. Despite prevailing conflict and rapidly deteriorating humanitarian conditions more than 87,000 migrants and refugees risked their lives on the high seas in 2017 – seeking to reach Yemen from the Horn of Africa by boat.

To raise awareness about the horrendous risks and dangers in Yemen, UNHCR launched a Dangerous Crossings regional awareness campaign last year to inform those contemplating the journey.

IOM, UNHCR and their partners are members of the Mixed Migration Working Group in Yemen, which has been responding to the needs of migrants and refugees there. The Group is appealing for more urgent support to respond to the needs of those most vulnerable in Yemen and to actively pursue solutions for refugees and migrants.