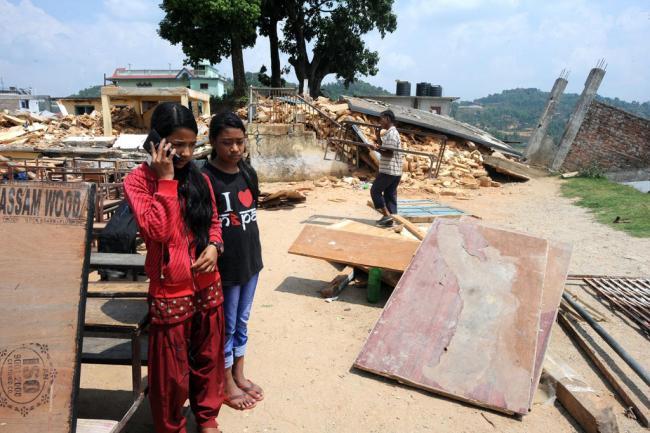 New York,Jan 25 (JEN): The world’s least developed countries are narrowing ‘digital divide,’ and with millions of people now taking advantage of smart phones and other digital devices, keeping up this momentum can put their societies on the fast track to sustainable development, the United Nations said on Wednesday.

“It is vital that all stakeholders – governments, civil society, the private sector and UN system – continue to build momentum through collaboration and sharing of innovative solutions,” highlighted Fekitamoeloa Katoa ‘Utoikamanu, the top UN official for least developed and other vulnerable countries, launching a new report on universal and affordable Internet.

“Least developed countries with a strong government commitment, recognizing the importance of digital technologies for national development, and backed by enlightened policy and regulatory actions including steps to develop skills, can achieve universal and affordable access to the Internet,” added Houlin Zhao, the Secretary-General of the UN International Telecommunication Union (ITU).

A key highlight of the progress is the launch of third generation (3G) mobile telephony and data services in all 47 countries in that category as well as over 60 per cent of the population there covered by a 3G network. Overall, four in five people in these countries have access to mobile-cellular network.

These improvements are already having a positive impact in areas including financial inclusion, poverty reduction and better health services.

While the picture is largely positive, there are some gaps which need to be overcome, find the report, including address issues related to limited capacity in information and communication technology (ICT) skills and wider socio-economic matters such as education levels and gender equality.

The 47 least developed countries represent the most vulnerable segment of the international community. They comprise more than 880 million people – about 12 per cent of world population – but account for less than two per cent of world gross domestic product (GDP) and about one percent of global trade in goods.

The report, which also measures progress in these countries against Sustainable Development Goal target 9.C on universal and affordable access to the Internet is a joint undertaking by the Office of the Office of the UN High Representative for the Least Developed Countries, Landlocked Developing Countries and Small Island Developing States (OHRLLS); and ITU.