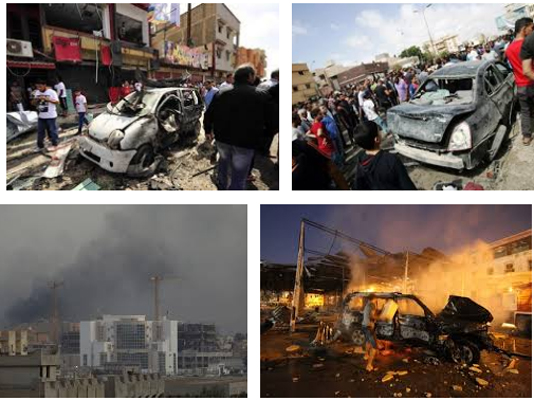 "The first vehicle blew up in front of a mosque in the central al-Sleimani neighbourhood, as worshippers were leaving the building after evening prayers," BBC reported.

Another blast took place on the other side of the road on Tuesday.

UNSMIL, the United Nations Support Mission in Libya, has condemned the incident.

The body tweeted: ".@UNSMILibya condemns the horrific bombings in al-Salmani residential neighborhood in, #Benghazi causing many casualties, including civilians. Direct or indiscriminate attacks against #civilians are prohibited under international humanitarian law and constitute war crimes. #Libya."