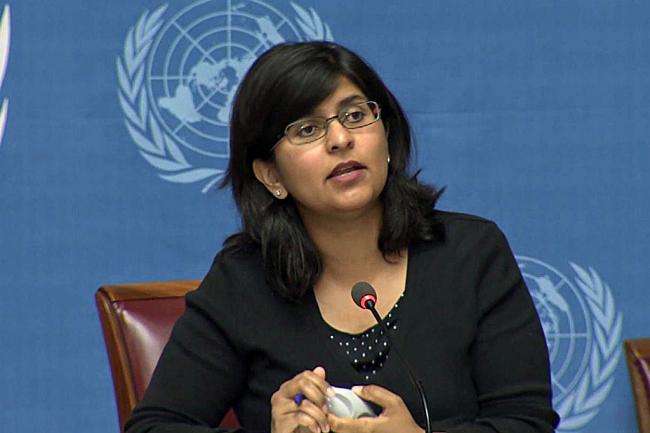 Speaking to the media at the regular news briefing in Geneva, Ravina Shamdasani, a spokesperson for the Office of the UN High Commissioner for Human Rights (OHCHR) said that the event was “all the more regrettable” as it occurred just two weeks after the country’s ruling coalition, the Ethiopian People’s Revolutionary Democratic Front, officially announced its intention to undertake reforms.

According to OHCHR, the incident occurred in Woldiya City in Amhara regional state on Saturday as security forces reportedly tried stop a group of people, who were celebrating the Ethiopian Orthodox festival of Epiphany, from chanting anti-Government songs and allegedly opened fire on them.

In addition to the those killed, a number of individuals were also injured. The deaths and injured have been confirmed by the regional government.

“We call on the authorities to ensure that the security forces take all feasible measures to prevent the use of force,” said Ms. Shamdasani, noting that the Office been informed that the President of Amhara regional state said, in his terms, that a “careful examination” of the incident will be undertaken.

“We urge for this to be a prompt, independent, impartial and effective investigation to ensure those responsible for any violations are held accountable,” she added.

OHCHR also called on the Government to undertake legal and policy reforms as well as implement guidance and training programmes to ensure that the conduct of law enforcement officials is in line with international standards.