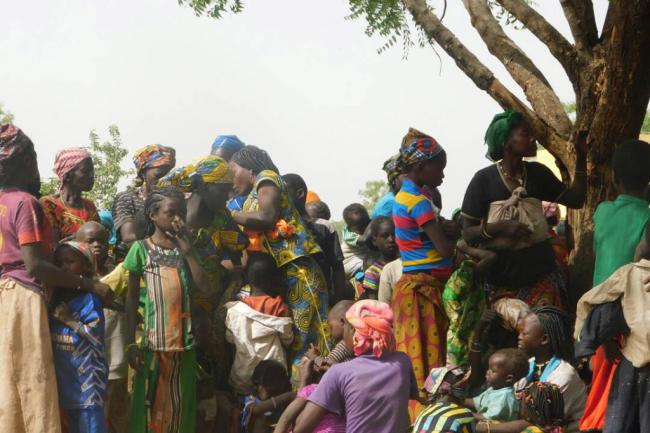 New York, Jan 6 (JEN): In the wake of a recent flare-up of violence in the Central African Republic (CAR), the United Nations refugee agency said Friday that it is registering and assisting thousands of mostly women and children refugees arriving in Chad.

“More than 5,000 refugees are estimated to have arrived in southern Chad since late December, escaping clashes between the armed groups Mouvement national pour la libération de la Centrafrique (MNLC) and Révolution et Justice (RJ) in the town of Paoua,” Babar Baloch, spokesperson for the Office of the UN High Commissioner for Refugees (UNHCR), told the regular press briefing in Geneva.

Located in CAR’s prefecture of Ouham-Pendé, the town also has an additional 20,000 people displaced internally.

“With our government partners in Chad, UNHCR has so far registered some 2,350 new refugees in the village of Odoumian, located some 15 kilometres from the CAR border,” he added.

Many of the refugees trekked to Chad on foot. Local officials say some 5,600 have arrived since 27 December, when the recent fighting started. Over 1,000 new refugees are also reported to have arrived at existing camps near the town of Goré.

“The influx is the largest movement of refugees from CAR, exceeding the total number for 2017, when about 2,000 fled into Chad,” the spokesperson continued, adding that many are reporting widespread human rights abuses by armed groups in villages alongside the CAR-Chad border.

Although the border with CAR is officially closed, Baloch welcomed Chad’s humanitarian gesture in allowing the refugees to seek international protection inside its territory.

Host to over 75,000 Central Africans, UNHCR is helping Chadian authorities to register and aid the refugees.

“With its partners, UNHCR is also providing medical check-ups for the many refugees arriving in poor health, some unable to walk,” he elaborated.

Armed violence and attacks inside CAR, have resulted in the country’s highest-ever recorded number of refugees and internally displaced – almost one-fourth of the population of around 4.6 million.