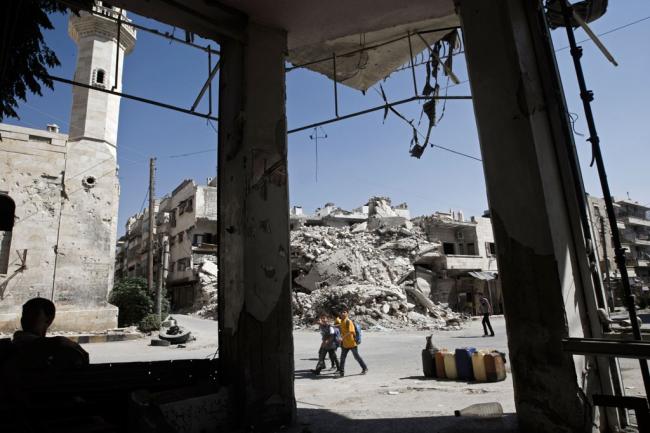 New York, Jan 4 (JEN) The United Nations humanitarian wing and its partners in Syria on Wednesday expressed deep concern about the protection and wellbeing of tens of thousands of civilians in north-eastern Hama and southern Idlib governorates, following increased hostilities, which have reportedly resulted in scores of deaths and injuries and displacement in the area.

“Further airstrikes and shelling incidents were reported in the southern countryside of the governorate,” UN Deputy Spokesman Farhan Haq told reporters at the daily briefing in New York.

He said that the UN and its partners are coordinating the humanitarian response in the area through cross-border operations from Turkey. Priority needs include shelter, food, medical supplies, water and sanitation and other humanitarian assistance.

“The United Nations reminds all parties to the conflict of the legal obligation to take constant care to spare civilians and civilian objects,” stated Haq.

“We continue to call on all the parties to the conflict to end the destruction of hospitals and other civilian infrastructure that is essential for the civilian population, and to respect their obligations under international humanitarian law and international human rights law,” emphasized the Deputy Spokesman.