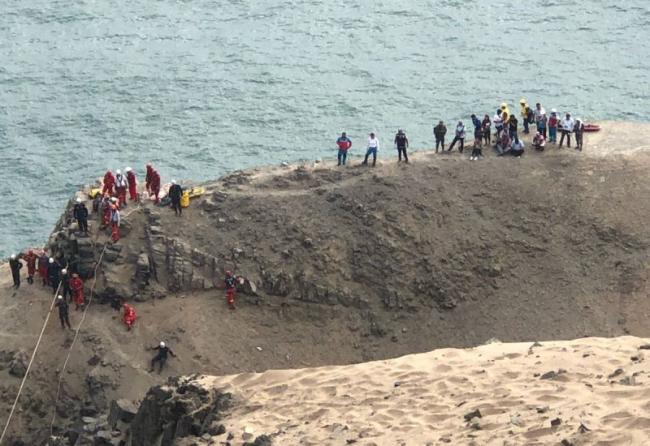 The accident took place in Pasamayo, about 72 and half kilometres from Lima, the national capital.

According to BBC news, a tractor trailer slammed into a bus at a stretch of road known as Curva del Diablo (the devil's bend), causing the latter to drop 260 feet from the surface, onto a beach.

The deaths have been mourned by President Pedro Pablo Kuczynski, who said in a statement, “It’s very sad for us as a country to suffer an accident of this magnitude.”

Earlier, the death toll was placed at 25.

According to rescuers, six people have survived the accident.