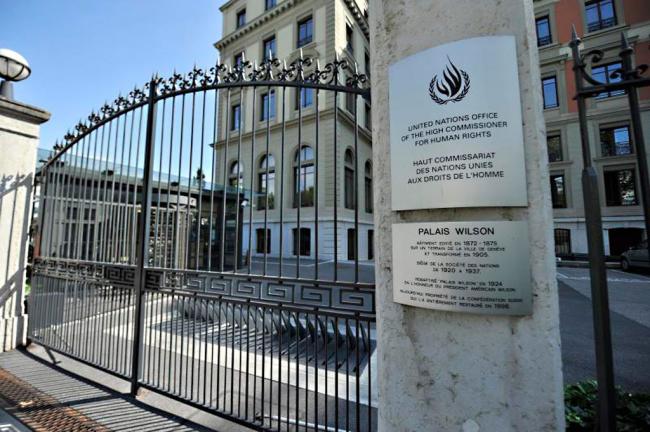 New York, Nov 25(IBNS): Voicing concern that the trial of a human rights lawyer – leading to his imprisonment – fell short of international standards, a group of United Nations rights experts has appealed to the Government for the lawyer’s immediate and unconditional release.

According to a news release issued Thursday by the Office of the UN High Commissioner for Human Rights (OHCHR), the lawyer, Jiang Tianyong, was jailed for two years after being found guilty of inciting subversion of the State’s power.

“Jiang’s trial clearly fell short of international standards and his conviction represents an unfair and arbitrary punishment of a human rights lawyer and defender, whose only crime was to exercise his rights to free speech and to defend human rights,” the experts said in the release.

“Domestic judicial procedures should be in compliance with China’s international human rights obligations,” they added.

According to the news release, Jiang, whose wife and daughter are in exile in the United States, was an outspoken defender of his fellow human rights lawyers who were arrested in an unprecedented crackdown in July 2015.

On Tuesday, 21 November, he was found guilty of the incitement charge by the Changsha Intermediate People’s Court after a supposed confession in August, the release noted, adding that the UN experts had previously expressed concern that his confession may have been coerced by the use of torture, in contravention of the Chinese Criminal Procedures Law and international human rights standards.

he release also noted that last August, during a visit to China, Alston had met with Jiang, and, in December, expressed concern that Jiang’s enforced disappearance may have occurred, at least in part, in reprisal for the lawyer’s cooperation with the UN during his visit.

The rights experts have been in contact with the Chinese Government on several occasions to raise their concern, it added.

UN Special Rapporteurs and independent experts are appointed by the Geneva-based Human Rights Council to examine and report back on a specific human rights theme or a country situation. The positions are honorary and the experts are not UN staff, nor are they paid for their work.