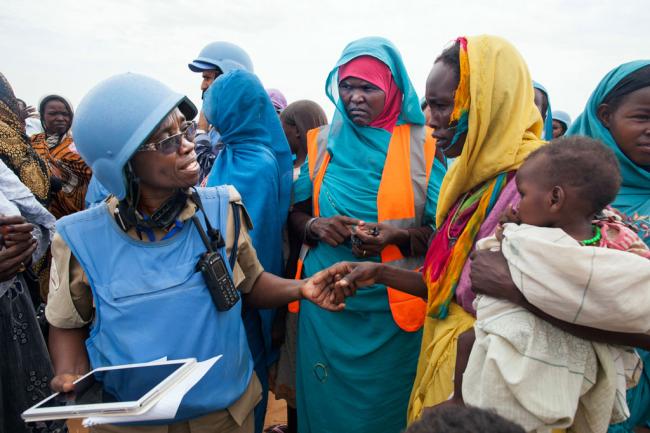 In the unanimously approved text, the 15-member body, while stressing the primacy of political solutions to conflict, resolved to include, on a case by case basis, policing as an integral part of the mandates and decision-making structures of UN peacekeeping operations and special political missions.

In doing so, the Council took into account the need for consistent integration of police expertise within the planning of such missions, and to give dear, credible, achievable, appropriately resourced mandates for policing-related activities.

While recognizing the role of UN policing in UN efforts to prevent conflicts, the Council called on the Secretary-General to make sure that planning of UN peacekeeping and special political missions with police mandates are based on a thorough analysis of the context, capacities and needs of host-States.

Further, the Council recognized the important role that UN police components can play in the protection of civilians, including in preventing and addressing sexual and gender-based violence and conflict-related sexual violence and violations and abuses against children in the conflict and post-conflict situations.

The Secretary-General is requested to submit a report by the end of 2018, including on the implications for the delivery of policing mandates of changes to the Secretariat's peace and security architecture, as well as efforts to strengthen and improve UN policing coherence, capability, accountability and police generation.

Briefing the Council, Underâ€‘Secretaryâ€‘General for Peacekeeping Operations Jeanâ€‘Pierre Lacroix said the United Nations police played a continued vital role in bridging the Organization's work from prevention and peacekeeping to peacebuilding and development.

UN police now operate on a solid foundation based on the Strategic Guidance Framework, use comprehensive approaches to operations, capacityâ€‘building and development and focused on basic skills transfer and strengthening hostâ€‘State police institutions. “As more is demanded from police officers, there is also a need to ensure their welfare, safety and security in the field,” he said and such, they need to be supplied with upâ€‘toâ€‘date equipment to increase their situational awareness.

IssoufouYacouba, Head of the Police Component of the UN Multidimensional Integrated Stabilization Mission in Mali (MINUSMA), said the situation on the ground is characterized by a resurgence of attacks against Malian security forces, Mission forces, Operation Barkhane, humanitarian workers and civilians in the north and centre of the country.

“MINUSMA has developed a comprehensive policing plan charged with strengthening the Malian structures that fights both criminality and terrorism,” he continued. Some 24,000 security personnel had been trained, with 1,385 trained specifically for fighting organized crime and terrorism. A gender strategy was a large part of all training. In addition, Mission officers continued to support the work of the special judicial police, he added.

Georgesâ€‘Pierre Monchotte, Police Commissioner of the UN Mission for Justice Support in Haiti (MINUJUSTH), said the first challenge of the transition is managing troop drawdowns and tailoring the initiative to the new landscape, including promoting gender equality. A harmonious transition had been made in cooperation with Haiti's national police, using a new approach to transferring skills, with the aim of generating cultural exchanges.

An advice and support programme had centred on mentoring senior officials in the areas of command and administration. More broadly, he encouraged policeâ€‘contributing countries to deliver the necessary resources and to include more female officers.

Also briefing the Council, Priscilla Makotose, the Police Commissioner of the African Union-United Nations Hybrid Operation in Darfur (UNAMID), said including more women is indeed important. Noting that 20 per cent of UNAMID officers are female, she said few women are serving in the Sudanese police in Darfur, emphasizing that progress is essential in order to address conflictâ€‘related sexual violence and sexual- and genderâ€‘based violence. “Women also need additional training, mentoring, more role models and the appointment by Member States of more qualified females to senior positions.”

Turning to UNAMID priorities, she highlighted civilian protection and the creation of a protective environment through community policing initiatives and capacityâ€‘building for Sudan's police force. Mission police also support the institutional development of Sudan's police force.