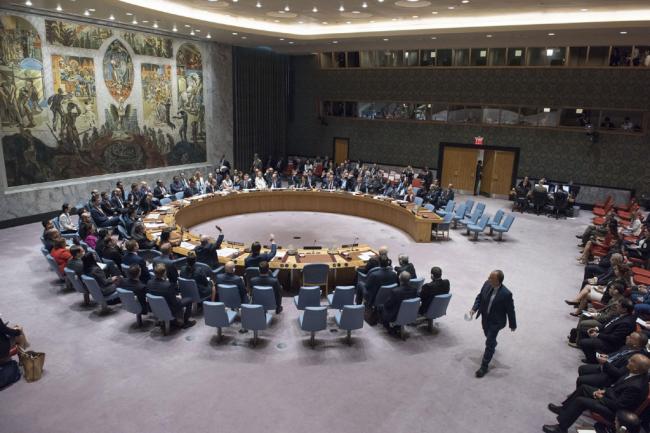 India Blooms News Service | | 22 Sep 2017, 10:59 am
#Security Council, # probe, # ISIL, # war crimes, # Iraq
New York, Sept 22(Just Earth News): The United Nations Security Council on Thursdayauthorised the establishment of an investigation team to support Iraqâ€™s domestic efforts to hold the Islamic State of Iraq and the Levant (ISIL/Daâ€™esh) accountable for acts that may amount to war crimes, crimes against humanity and genocide committed in the country.

According to the unanimously adopted resolution, the team will be headed by a Special Adviser to be appointed by the Secretary-General, and will consist of both international and domestic experts who will work “on equal footing,” with an initial mandate of two years.

The Council underscored that the team should operate with full respect for the sovereignty of Iraq and its jurisdiction over crimes committed in its territory. In addition, evidence of crimes collected and stored by the team in Iraq should be for eventual use in fair and independent criminal proceedings conducted by competent national-level courts, with the relevant Iraqi authorities as the primary intended recipient.

Another Member State may request the team to collect evidence of acts committed by ISIL on its territory, but only with the approval of the Security Council, which may request the Secretary-General to submit separate terms of reference.

The Council requested the Secretary-General to establish, as a supplement to financing by the UN, a trust fund to receive voluntary contributions to implement the resolution.