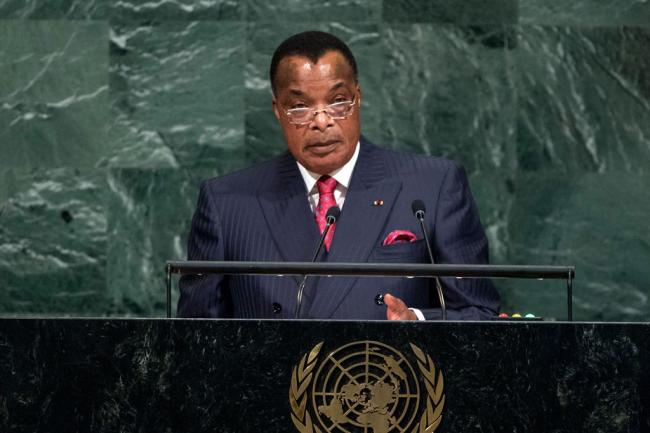 “The proliferation of counterfeit and sub-standard medicines presents more and more a serious and multi-tentacled threat to the world, and in particular for developing countries, President Denis Sassou Nguesso said, noting that the scourge claims 800,000 lives a year, according to the UN World Health Organization, and the traffic also funds international terrorism.

“About 10 per cent of medicines currently in use in the world are believed to be counterfeit, with the figure rising to 40 percent in Africa and the countries of the South, and even 60 per cent in some regions,” he said.

“In addition to the efforts of the World Health Organization, far-reaching action should be taken at the level of the UN General Assembly to draw up a global strategy to fight this peril,” he added, stressing the need for substantial funds.

On other challenges, he cited the growing reach of terrorism, new tensions on the Korean peninsula, fighting in Syria and Iraq, and the Israeli-Palestinian conflict, as well crises in Africa in Burundi, Central African Republic, the Democratic Republic of Congo (DRC), Libya and South Sudan.