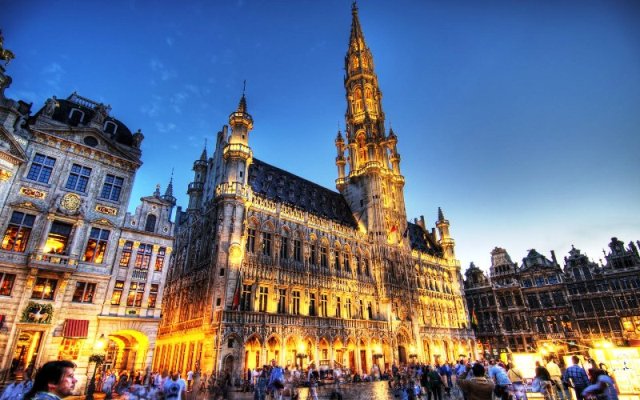 The two wounded soldiers are out of danger, said reports.

Following close on the heels of the Barcelona attack, the incident is being treated as a terror attack, said Belgium's federal prosecutor's office.

While the attacker was "not known for terrorist activities previously, he attacked the soldiers on patrol yelling "Allahu Akbar" ( Arabic for God is Greatest).

Belgium witnessed one of the worst terror strikes in March 2016 when a coordinated strike at the airport and a metro station killed at least 31 people and injured over 300.

"All our support for our military. Our security services remain attentive. We monitor the situation closely."

Crisis Center Belgium said in a media release that there is a continuous follow-up after the terrorist act.

"Following the incident in the center of Brussels on the evening of Friday, 25 August 2017, a coordination meeting was held at the Crisis Center. This incident is considered a terrorist act. The investigation is in the hands of the Federal Prosecutor's Office," it said.

"During the terrorist attack, two soldiers were wounded. The attacker was neutralized by the military and died as a result of his injuries."

It said the threat now is serious and taken as such by all security authorities and services.

Meanwhile, following the Barcelona attack, the Mayor of Venice said anyone shouting Allahu Akbar would be treated as potential terrorists and be shot dead on four paces.

"Anyone who shouts Allahu Akbar in St Mark's Square can expect to be gunned down by snipers within four paces," said Luigi Brugnaro, mayor of  Venice.