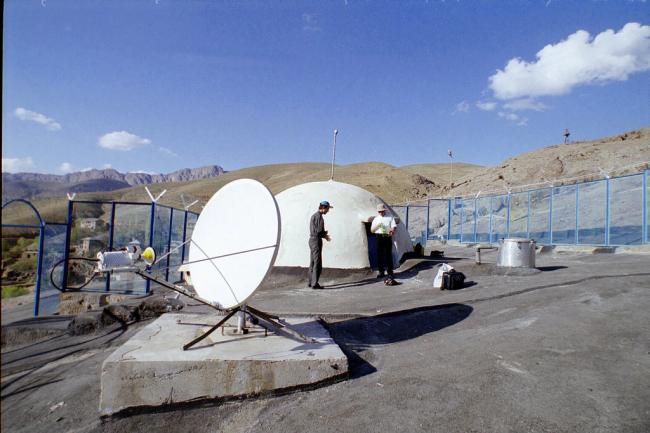 India Blooms News Service | | 27 Jun 2017, 12:29 am
#Vienna, # dvances in monitoring, # UN
New York, June 27(Just Earth News): Scientists and technical experts from all over the world are gathering this week in Vienna, Austria, for a meeting convened by the United Nations partner organization working to establish a verification regime to monitor global compliance with the comprehensive ban on nuclear testing.

The Science and Technology 2017 Conference, which opens today and runs through Friday, 30 June in the Austrian capital, is the sixth in a series of meetings aimed at strengthening the relationship between the scientific community and authorities for compliance with the Comprehensive Nuclear-Test-Ban Treaty (CTBT). The Conference was convened by the Preparatory Commission for the Treaty, widely known as the CTBTO.

The Conference is seeking to enlarge the engagement of the scientific and technological community in test-ban monitoring. In addition to monitoring such tests, scientists apply CTBTO data for other useful purposes, such as the observation of volcanoes and icebergs. It is also used to study marine mammals, and forecast the weather months in advance, to improve the mitigation of disasters.

The advances of these technologies also help towards the achievement of the UN 2030 Agenda and its 17 Sustainable Development Goals (SDGs), which seek to eliminate poverty and hunger, as well as put in practice measures to combat climate change.

The high-level opening of the 2017 Conference will be tomorrow, 27 June, and will include welcoming remarks by the Executive Secretary of the CTBTO, Lassina Zerbo, and Michael Linhart, Secretary General for Foreign Affairs of the Federal Ministry for Europe of Austria.

Keynote Addresses are expected to be delivered by Princess Sumaya of Jordan, President of the Royal Scientific Society of Jordan; Maria Candida Pereira Teixeira, Minister for Science and Technology, Angola; and Pascale Ultré Guérard, National Centre for Space Studies, France.

For the first time, the 2017 Conference will include a special focus on youth and young scientists. Close to 100 members of the CTBTO Youth Group from more than 50 countries are contributing actively to the substance and the coverage of the Conference and adding their voices and impressions.

Nuclear test-ban treaty and the role of the CTBTO

Adopted by the UN General Assembly in 1996, The CTBT is a multilateral treaty that bans all nuclear explosions, by everyone, everywhere: on the Earth's surface, in the atmosphere, underwater and underground. It makes it very difficult for countries to develop nuclear bombs for the first time, or for countries that already have them, to make more powerful bombs.

More than 2,000 nuclear tests were carried out worldwide between 1945 and 1996 when the Treaty was opened for signature. The United States conducted the majority – 1,032 in total – followed by the Soviet Union, France, the United Kingdom and China. Since 1996, three countries have broken the de facto moratorium on nuclear testing: India and Pakistan in 1998, and the Democratic Republic of Korea in 2006, 2009, 2013 and 2016.

The CTBT has not yet become law. A total of 183 nations have signed on, of which, 166 have ratified it, including three nuclear weapons States: France, Russia and the United Kingdom.

But 44 others who have these specific technologies must sign and ratify the Treaty in order for it to come into force. Of these, the CTBTO says, eight are still missing: China, Egypt, India, Iran, Israel, Democratic People's Republic of Korea, Pakistan and the United States. The last country to ratify this treaty was Indonesia, on 6 February, 2012.

Since the Treaty is not yet in force, the CTBTO is officially called the Preparatory Commission for the Comprehensive Nuclear-Test-Ban Treaty Organization. In line with its main task to make preparations for effective implementation of the Treaty, the CTBTO is establishing and provisionally operating the 337-facility International Monitoring System (IMS) to monitor the planet for signs of nuclear explosions, and including its International Data Centre (IDC) and Global Communications Infrastructure (GCI).