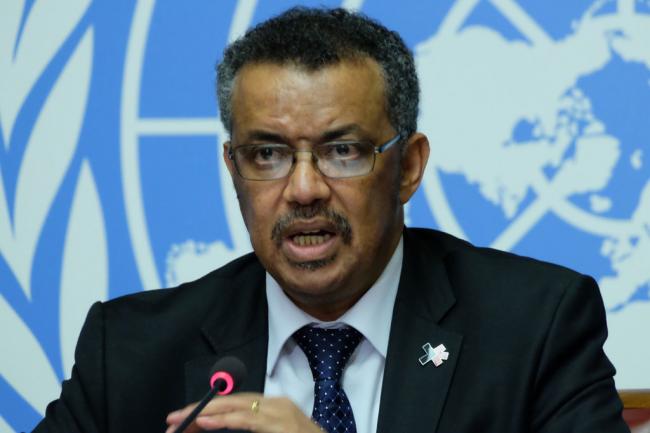 India Blooms News Service | | 25 May 2017, 08:09 am
# United Nations, # WHO, # Dr. Tedros Adhanom Ghebreyesus, # healthcare for all
New York, May 25(Just Earth News): The newly-elected head of the United Nations World Health Organization (WHO), Dr. Tedros Adhanom Ghebreyesus, outlined his priorities for journalists at the agencyâ€™s headquarters on Wednesday in Geneva, where he stressed the need for Member States to provide healthcare for all and to implement international health regulations.

Looking at the work ahead, Dr. Tedros stressed that the original reason the UN health agency was set up nearly 70 years ago remains true on Wednesday: providing healthcare for all.

“All roads should lead to universal health coverage,” he underscored, and this mantra should be the WHO’s “centre of gravity.”

“What the world promised when WHO was instituted in 1948 – health for all – is true on Wednesday, but half of our population still does not have access to healthcare, universal health coverage […] I think it’s time to walk our talk. The whole world is asking for that […] health as a rights issue, an end in itself.”

Another key WHO mission is managing global health emergencies, Dr. Tedros said, pointing to changes put in place by his predecessor Dr. Margaret Chan, that had led to the swift detection of the current Ebola outbreak in the Democratic Republic of the Congo (DRC).

But more reforms need to be made, the new WHO head insisted, suggesting the need for governments to fast-track internationally agreed regulations to deal with epidemics better in future.

He said that another major issue was regaining confidence in Member States and ensuring the best use of their contributions.

Dr. Tedros, of Ethiopia, will begin his five-year term on 1 July 2017, WHO said in a statement following his election yesterday.

Among his previous positions, Dr. Tedros was Ethiopia’s Minister of Foreign Affairs and, prior, Minister of Health.

He also served as Chair of the Global Fund and of the Roll Back Malaria (RBM) Partnership Board (RBM), where he secured “record funding” for the two organizations and created the Global Malaria Action Plan, which expanded RBM’s reach beyond Africa to Asia and Latin America, according to the UN agency.