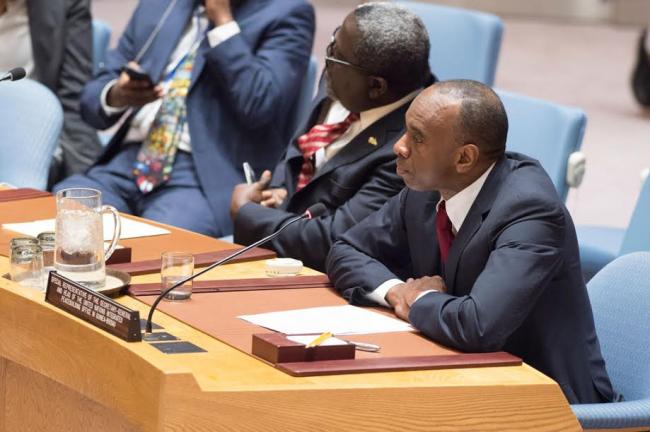 “Any breakthrough in the political dialogue would remain short-lived if the structural causes of the instability are not addressed,” Modibo Touré, the Special Representative of the Secretary-General for Guinea Bissau, told the UN Security Council on Tuesday.

“It will therefore be critical for national actors to implement the provisions in the Conakry Agreement related to the review of the Constitution in order to clarify the provisions that have given rise to inter-institutional conflicts in the past,” he added in his briefing, parts of which were in French.

The talks were hosted by the regional bloc Economic Community of Western African States (ECOWAS) in Guinea’s capital Conakry.

However, the implementation of the Agreement and the ECOWAS roadmap has been challenging, Touré outlined.

Urging authorities of Guinea-Bissau to focus on revising the electoral law and the laws governing political parties, as envisaged in the Conakry Agreement, in preparation for legislative elections scheduled in 2018, the UN official also underlined that “at the same time, it is important not to lose sight of the critical reforms in the judicial, human rights, security and economic sectors.”

Further in the briefing, Touré highlighted that the national economy was estimated to have expanded by five per cent in 2016, on the back of very good cashew harvests and favourable terms of trade.

The growth last year follows favourable growth rates in 2015 and 2014.

He, however, added that sustaining the economic growth would require stability.

There was also progress in fostering national reconciliation and social cohesion, as evidenced in a recent symposium organized at the premises of the National Assembly and attended by the country’s President.

Touré also pointed out that in the absence of a fully functioning Government, the UN and international financial institutions must continue to coordinate efforts towards mitigating risks, reducing socioeconomic vulnerabilities, including through business for peace initiatives.

In pursuit of this objective, he said that the UN Integrated Peacebuilding Office in Guinea-Bissau (UNIOGBIS), that he heads, is currently working to take forward a partnership initiative with the UNCT, the World Bank, and other interested bilateral and multilateral partners to effectively strengthen local resilience and promote peace in Guinea-Bissau, in line with relevant the Security Council resolution on a more integrated political, security and developmental approach to sustaining peace.