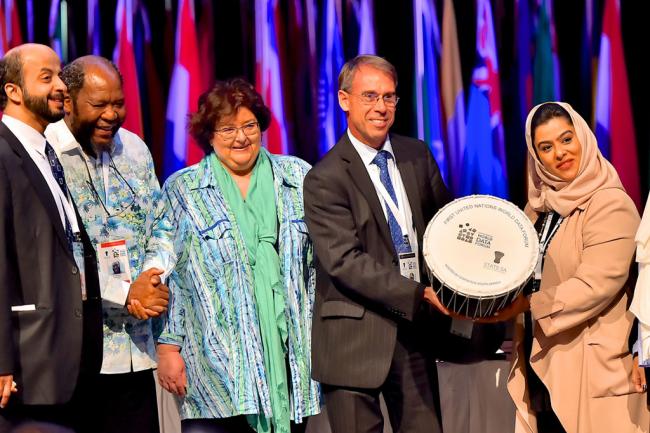 “The UN World Data Forum is the perfect place to launch the action plan and get all the major players behind it,” said Wu Hongbo, the UN Under-Secretary-General for Economic and Social Affairs, underlining the importance of accurate, reliable, timely and disaggregated data in the implementation of the 2030 Agenda for Sustainable Development.

The plan, formally named Cape Town Global Action Plan for Sustainable Development Data, after the South African city in which the inaugural Forum was held, will be presented to the UN Statistical Commission at its upcoming session in March for adoption. It was prepared with inputs from the global statistical community and data experts from a wider range of stakeholders.

The four-day UN World Data Forum, which started on 15 January, was organized by the UN Department of Economic and Social Affairs (DESA), and hosted by Statistics South Africa.

According to DESA, at present, there are large gaps in data. More than 100 countries do not keep accurate birth and death records, and only 41 per cent of countries regularly produce data on violence against women.

These records and other such missing information are significant obstacles that hinder policy makers from making informed decisions.

In such a context, the Global Action Plan highlights the need for action in six strategic areas, including: innovation and modernization of national statistical systems; dissemination of data on sustainable development; building partnerships; and mobilizing resources.

It also notes that all data producers – from civil society to private sector and academia – need to work together to fully address the needs of the 2030 Agenda, and calls for the application of new technologies and new data sources into mainstream statistical activities, as well as integration of geospatial data.

The Global Action Plan further underlines the need calls for data on all groups of the population to be expanded so that no one is left behind, a key principle of the 2030 Agenda.

The UN Statistical Commission, a Functional Commission of the UN Economic and Social Council and the highest body of the global statistical system had mandated the convening of the World Data Forum, based on a recommendation of the Secretary-General’s Independent Expert and Advisory Group on a Data Revolution for Sustainable Development.

Also on Wednesday, it was announced that the United Arab Emirates will be hosting the next UN World Data Forum in Dubai, in late 2018 or early 2019.