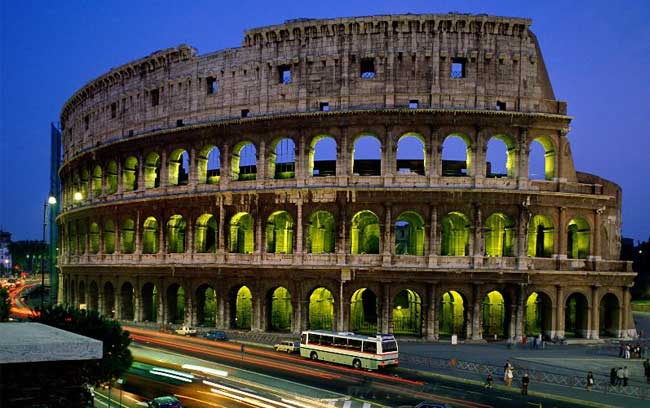 Touring Italy with a Small Group: Pros and Cons

So you’re looking for a tour of Italy and find numerous group tour offers, all of which are pretty much similar and reminiscent of one another, then you stumble upon small group tours and probably wonder, what’s the deal? Small group tours to European destinations such as Italy have been recently gaining popularity among travelers, and in this article, you can find out what small group tour packages are about, some tips on how to determine whether the offer is good, and what to expect from such a tour.

Let’s start with the basics and figure out what exactly is a small group tour. The term basically speaks for itself and implies a tour group capacity of no more than 15 people traveling together from destination to destination according to a prearranged itinerary, often accompanied by a tour leader or guide.

The appeal of such programs lies in the fact that they are fully pre-planned. And in many cases, the price per traveler is much lower than that of an individual private tour. Even more so, small group tour prices sometimes equal to those of inconvenient large group bus tours. Below are some key advantages and disadvantages of joining a small group tour to help figure out if this is the way for you.

Group capacity is one of the main benefits of small group tours Italy and other countries. Just to be on the same page, if you’re browsing a tour offering a large bus as a means of transportation from city to city, it is not a real small group tour, such big bus tours imply the tour group being around 40 people. When a proper small group tour is the point in case, you join a group of maximum 14-15 people, meaning you won’t be spending long hours of your vacation stuck on a bus or waiting for dozens of your co-travelers to gather, return on board, and etc. A small group also means that you won’t be crowding your tour guide, thus you’ll hear them well and have the chance to ask the questions that interest you.

Usually, groups are formed based on the travelers’ language and age, therefore you can expect your fellow travelers to be English speakers of almost all the same age as you are. It’s a great opportunity to make new friends if you’d like.

One of the best parts about small group tours is that you don’t need to plan anything, everything is already thought through for you. The tickets to main highlights during guided tours are included (or should be if it’s a good small group tour) hence extra time won’t be wasted on standing in long queues to places like the Vatican that has a touristic agiotage all year round.

Those who are worried about not having enough free time to go to places of their liking shouldn’t as proper small group tours are designed in a way that there’s plenty of free time saved after the group’s guided sightseeing. On that account, when looking through offers, note whether the itinerary is overloaded with pre-planned activities or not, allowing for enough no-rush hours for your shopping, dining, going to points of interest that you prefer. That said, also note if the program provides the opportunity and time to add on optional activities and tours to your taste.

Transfers and hotels also aren’t a matter of concern. On the whole, when there’s more than one destination on the itinerary, transport and accommodation is normally already part of the package price. But to get the most of your trip to Italy, take notice of which specific transport it is and where the hotels are located. Again, if it’s a bus, you already know the group size downsides. Not to mention the fact that the city centers in most Italian towns are historic and
have narrow petite streets, thus big buses aren’t even allowed to go to these parts of the city, which brings up another question of where you’ll be staying (hint: on big bus tours in 9 out of 10 cases the hotels will be very far from the main landmarks and from the city centers where you’ll probably want to go in your free time).

So, when looking through group tour offers, pay attention to whether airport transfers are included in the package, well, because you probably won’t want to pay a fortune for a taxi ride to the hotel after your long international flight to Italy or use the public transport in an unknown city with all your luggage. Next, sensitize whether it’s a big bus that’ll take you from city to city or is it, for instance, a high-speed train that’s used for connections. Don’t get me wrong, buses can also be comfortable, modern, air-conditioned and fully fledged, but wouldn’t you rather choose a short 1st class ride on a high-speed train taking you directly from one city center to another instead of having a long time-consuming bus ride with traffic? And as for hotels, remember location, location, location. Packages that offer accommodation in the heart of the cities near major points of interest are a good option to consider taking. 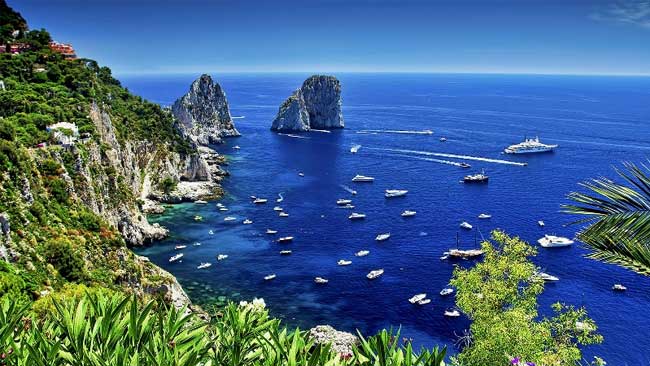 If we’re comparing small group tours with private tours that can be fully tailored to your liking (not to large group bus tours), than the first minor disadvantage that pops up is that you don’t get full flexibility of choice when it comes to hotels. When a private itinerary is completely planned according to your preferences, you can mix and match whichever sights you want to see, places to visit, transportation to use, and where to stay. In small group tours there’s a narrow pre-picked selection of hotels, standardly several 4 or 5-star ones. But if you’re not too picky about such things, than it isn’t a big deal.

Another possible drawback is that when you’re with a group tour, to some extent you depend on the rest of the group. But, that said, this regards the parts of the program with fixed arrangements and if you’re on a rightly put together small group tour, you’ll have all the time youneed to do the things you want.

Summing up, when planning your upcoming tours to Italy try to ask yourself which factor is more important for you - complete privacy and everything in your itinerary built around your preferences or a less costly travel option but in a company of a petite group of travelers? If a private tour is what you’re seeking, you’ll have a crafted itinerary with all the personal space you need. While keep in mind that small group tours also have many rewarding benefits that make for a great Italian vacation too!