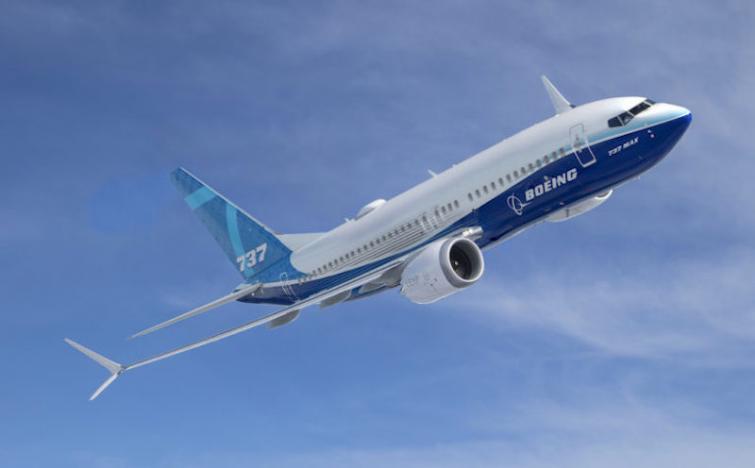 Chicago, May 16 (IBNS): US-based aircraft manufacturer Boeing has said it had completed development of the updated software for the 737 MAX, along with associated simulator testing and the company’s engineering test flight.

Several countries and many individual airlines had grounded the 737 MAX aircraft following the Ethiopian Airline and Lion Air crashes that left 346 people in total dead.

Boeing has admitted both the crashes - involving the 737 MAX aircraft – was due to the automatic activation of the Maneuvering Characteristics Augmentation System (MCAS), but said this was an issue that could be corrected. In the latest statement, Boeing said it had flown  the 737 MAX with updated MCAS software for more than 360 hours on 207 flights.

“With safety as our clear priority, we have completed all of the engineering test flights for the software update and are preparing for the final certification flight,” said Boeing chairman, president and CEO Dennis Muilenburg. “We’re committed to providing the FAA and global regulators all the information they need, and to getting it right. We’re making clear and steady progress and are confident that the 737 MAX with updated MCAS software will be one of the safest airplanes ever to fly. The accidents have only intensified our commitment to our values, including safety, quality and integrity, because we know lives depend on what we do.”

In addition, Boeing has developed enhanced training and education materials that are now being reviewed with the FAA, global regulators, and airline customers to support return-to-service and longer-term operations. This includes a series of regional customer conferences being conducted around the world.

Apart from the MCAS, another issue that has dogged Boeing in the wake of the 737 MAX aircraft is the alleged deactivation of the "disagree alert".

Boeing has said it “did not intentionally or otherwise deactivate the disagree alert on its MAX airplanes”. This feature warns pilots about malfunctioning sensors.

This came following reports that Southwest Airlines, the largest 737 MAX customer, did not know that the disagree alert feature was deactivated on the MAX aircraft before the Lion Air and Ethiopian Airlines crashes.

In a statement on April 29, Boeing said it included the disagree alert as a standard feature on the MAX, although this alert has not been considered a safety feature on airplanes and is not necessary for the safe operation of the airplane.

However, Boeing went on to add: “As the MAX safely returns to the air after the software modifications are approved and certified, all MAX production aircraft will have an activated and operable disagree alert and an optional angle of attack indicator.”

“All customers with previously delivered MAX airplanes will have the ability to activate the disagree alert per a service bulletin to airlines,” the company said.