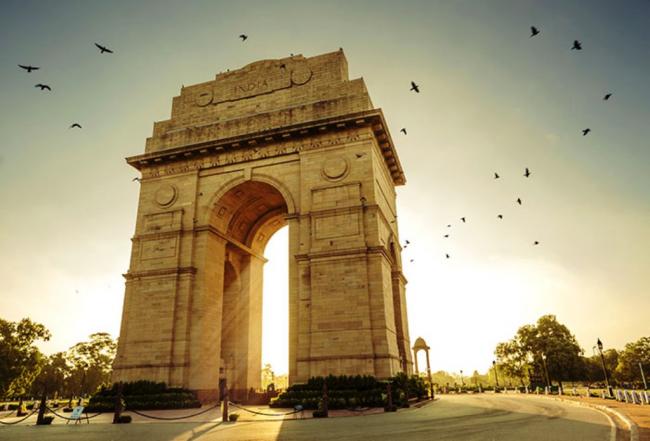 The programme has been organized with the objective of drawing focus on the benefits of tourism, showcasing the cultural diversity of the country and reinforcing the principle of “Tourism for All”.

As a grand finale to the 21 day Paryatan Parv, a three day event is being organised at the Rajpath Lawns, New Delhi (between Rafi Marg and Janpath) from the 23rd to 25th October 2017.

The even twill be open to the public from 12 noon to 10 pm on all three days and will include Cultural Performances, a Crafts Bazaar multi-cuisine Food Court and other interactive activities to keep visitors engaged at the event venue.

The Food Court will have 50 stalls set up by the States / UTs each showcasing their distinctive cuisine, the National Association of Street Vendors of India (NASVI) with street food from different regions as well as by the Institutes of Hotel Management and ITDC.

The Crafts Mela with 50 stalls will showcase the diverse handicrafts and handlooms of the country, arranged by the State Governments and Ministry of Textiles through the Office of the Development Commissioners of Handicrafts& handlooms.

There will be 15 Theme State Pavilions where each State will showcase their tourism products and destinations.Cultural Performances by troupes from the different States/ UTs of the country will be staged from 1:00 pm to 4:30 pm on all three days.

In addition to the cultural performances by the States/ Union Territories, special cultural events will be staged from 6:00 pm onwards on all three days.

Rajnath Singh, Home Minister will be the Chief Guest at the formal inaugural function of the Grand Finale Event at 5:00 pm on 23rd October 2017, which will be presided over by K.J. Alphons, Minister of State for Tourism (Independent Charge).

Nitin Gadkari, Minister for Road Transport and Highways will also be the occasion at 5:15 pm on 24th October 2017.

Arun Jaitley, Minister for Finance and Corporate Affairs will be the Chief Guest at the Closing Ceremony.