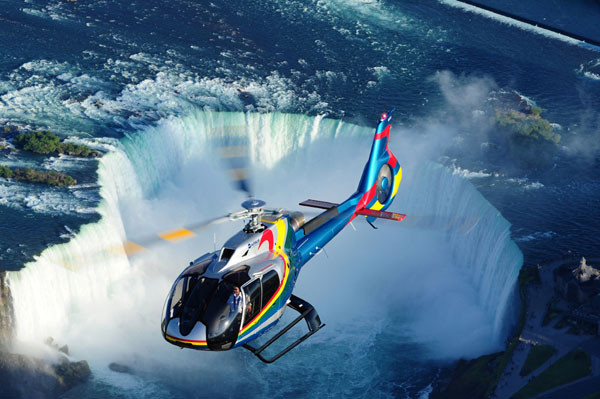 In Montreal's Marriott Chateau Champlain hotel, the journalists staying in the chic suites at the invitation of Destination Canada returned to room one afternoon to find a diary-shaped packet delivered.

As they opened the cover, emerged a neatly designed brochure, and as they flipped the hard cover a video on Quebec city started playing. The innovative video brochure is one of the latest to woo people to celebrate the 150 years of the maple leaf country in 2017. 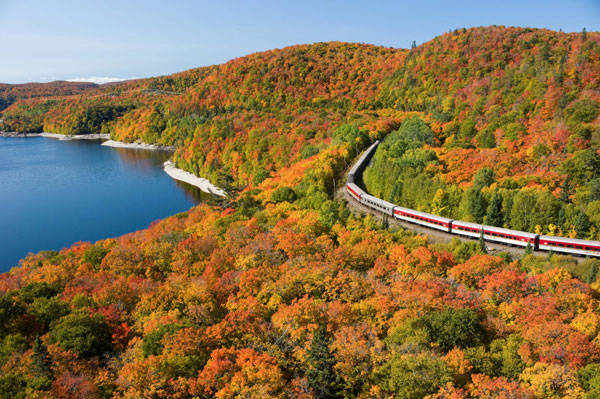 Agawa Canyon Train Tour in Ontario The tourism promotion wings of Canada are in a spree, laying out a red carpet of invitation to the world to celebrate the 150 year long journey of a truly rainbow nation endowed with unparalleled natural beauty and landscapes.

As the famous travel guide The Lonely Planet puts it: "Bolstered by the wave of positivity unleashed by its energetic new leader Justin Trudeau, and with dynamic cities that dominate global livability indices and a reputation for inclusiveness and impeccable politeness, the world’s second-largest country will usher in its sesquicentennial in 2017 in rollicking good health. "

"Marking 150 years since confederation, the elongated birthday party promises to be heavy on bonhomie and highly welcoming to international gatecrashers. And, with a weak Canadian dollar pushing down prices, the overseas visitor should have plenty of pocket money to spend on Canada’s exciting fusion food and mysteriously underrated wine," the famous travel guide writes. 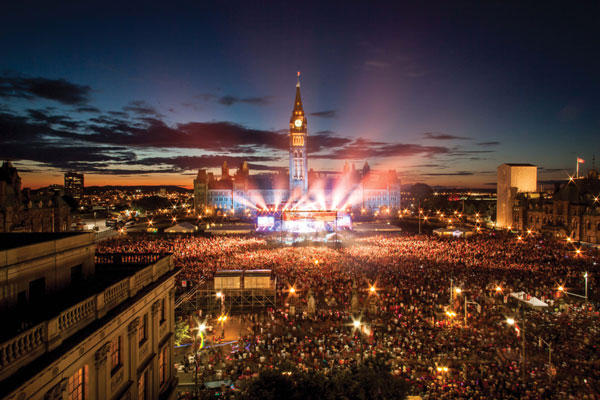 Ottawa celebrates Canada Day Destination Canada Chief Marketing Officer Jon Mamela, who informs that visitors from countries like India are only growing, says  2017 is "a great opportunity for us." According to Destination Canada, 8.5 million traveller came to Canada in the summer of 2016 to explore the country and such figures are only likely to go up in the year of its celebrations when they even make the national parks free for tourists.

"We are welcoming the whole world to come and celebrate. There are events throughout the year in national capital Ottawa and other parts of Canada," Mamela says on the sidelines of GoMedia.

In cities like Toronto or Montreal, the atmosphere is spiriting.

Take for example the preparations in Ontario. As one of the original provinces in Confederation, Ontario- which boasts of cities like Toronto and tourist magnets like Niagara Falls- has many ceremonies planned, including multi-cultural events, art exhibitions, sporting events and local food festivals. 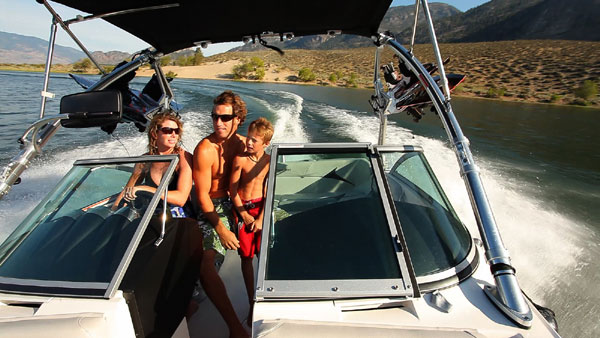 Boating at Watermark Beach Resort in Osoyoos in British Columbia Ontario Tourism Marketing Partnership Corporation (OTMPC) anticipates that visitors to Ontario will be delighted with the special, commemorative events taking place across the province. These events will give visitors a unique opportunity to experience Ontario’s rich history, culture and heritage during a very special time.

Says Ronald Holgerson, President & CEO, OTMPC:  “We look forward to celebrating Ontario’s milestone as one of the founding members of Confederation. The many signature events planned will showcase Ontario’s rich culture, sport, innovation and diversity, delight and captivate domestic and international visitors, and are sure to inspire their return, thereby supporting OTMPC’s vision to position Ontario as a preferred global destination.”

Canada’s capital Ottawa will be the epicentre of national celebrations in 2017.  Ottawa Tourism says residents and Canadians from all over Canada will experience Ottawa like never before and celebrate Canada’s 150th like nowhere else. 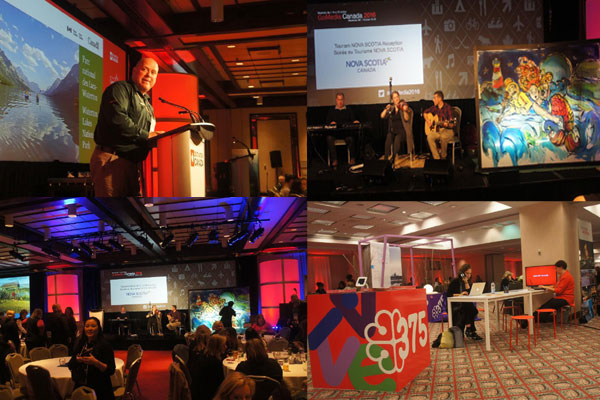 Destination Canada pitches the country before media at GoMedia in Montreal Ottawa 2017 will deliver 12 months of bold events, immersive experiences and all-out celebrations, complementary to federal government plans and to recurring annual festivals, events and attractions. Besides, Ottawa will be animated by community celebrations organized at the local level across the city.

"Ottawa 2017 is set to galvanize national pride from Canadians of all ages, backgrounds and walks of life — boosting tourism and generating a massive economic impact in the process. It will have over a $230M in GDP impact and generate more than 3,000 jobs to the province’s economy.

"Ottawa 2017 will also create an ongoing legacy of new infrastructure, attractions, annual events and business opportunities. As well as celebrating Canada’s rich history and exciting future, Ottawa 2017 will be a celebration with lasting benefits for its people," it says.

Canada is famous for its national parks which are among Canada's natural jewels representing the country's compelling natural environment which has shaped not only the geography of this country, but also the course of its history and the experiences of the people who live and travel here.

There are some 39 natural regions in Canada identified in the National Parks System Plan. These wild places, located in every province and territory, range from mountains and plains, to boreal forests and tundra, to lakes and glaciers, and much more. National parks protect the habitats, wildlife like polar bears and ecosystem diversity representative of - and sometime unique to - the natural regions. 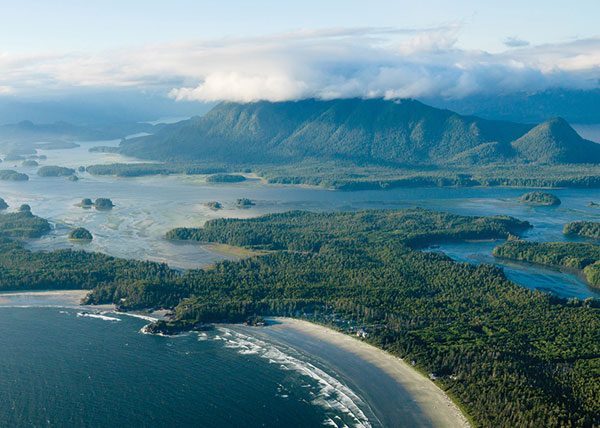 And the various stakeholders in tourism sector used the GoMedia marketplace to pitch them to the travel writers, bloggers and media worldwide.

Take for example the Aboriginal Tourism Association of Canada (ATAC) that was present at the GoMedia Canada marketplace in Montreal where this year 140 tourism organizations met with 132 journalists with a total of 3,939 appointments taking place over the three-day show. 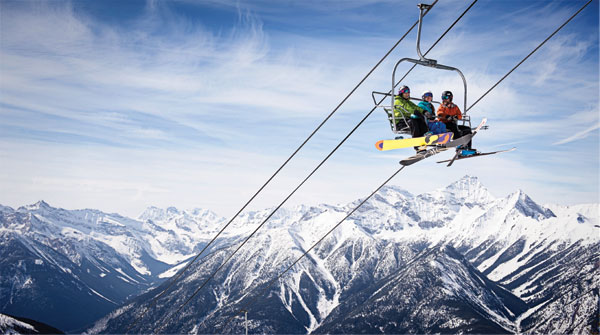 Panorama Mountain Resort in Canadian Rockies B.C “Canada continues to be one of the worlds most sought after destinations and the Aboriginal stories across Canada are in demand – evident by the popularity of table and full schedule at this year’s show.”

Throughout the conference and marketplace, ATAC met with editors and producers from various countries besides big influencer like National Geographic.

Says Howard Grieve, Travel Trade and Media Specialist with the Thompson Okanagan Tourism Association:"We continue to implement a ten-year strategy focusing on the promotion of Remarkable Experiences, Destination Development, Consumer Marketing and the Travel Trade and Travel Media. The Kettle Valley Rail Trail (KVRT) continues to be a prominent experience that is aligned with our Route97 campaign." 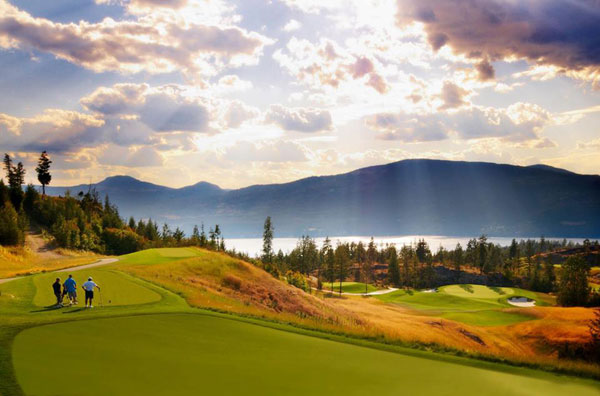 Predator Ridge Resort in Vernon British Columbia. "The KVRT makes up 218 kms of the Trans Canada Trail (also referred to as The Great Trail) which will be a big part of the 2017 experiences being celebrated. Another area of focus is Wonder of Winter, non-ski activities including snowshoeing, dog sledding, ice fishing, with experiences tied to the wine industry and wildlife viewing. The Remarkable Experiences program is training stakeholders to refine their product offering and how they are presented and promoted in the new digital age," he says.

Canada's various tourism properties are as enthusiastic for 2017.

Says Ingrid Jarrett, General Manager and VP of Business Development, Watermark Beach Resort (Osoyoos, British Columbia): “Our focus for 2017 is increasingly showcasing experiences in our destination that impact the traveller in a genuine way. As a relatively new travel destination, we want to continue to build upon market-ready products and packages and engage, inform and inspire our guests about Osoyoos and the surrounding region." 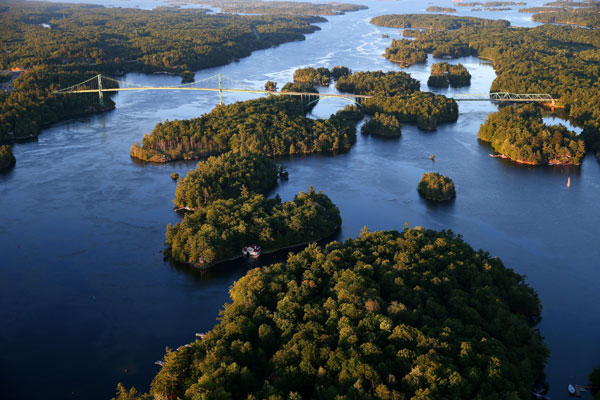 Thousand Islands in Ontario "Key themes that we intend to promote this year include culinary, wellness, outdoor adventure and eco tours, as well as bringing attention to our natural environment as the most unique desert landscape in Canada.”

According to Shane Richards, General Manager, Pacific Sands Beach Resort (Tofino, BC) , Pacific Sands has been welcoming returning families, couples and outdoor enthusiasts for decades, and "we're excited to be expanding our inventory to accommodate the next wave".

"We've broken ground on 43 new one, two and three-bedroom Oceanside Suites, complete with a signature two-bedroom Edgewater hot tub Suite. The $8-million, leading-edge modular construction project is targeted for completion spring/summer 2017, and will bring total beachfront accommodations to 120, plus our exclusive four-bedroom Sunset House at Rosie Bay," says Richards highlighting the preparations for 2017. 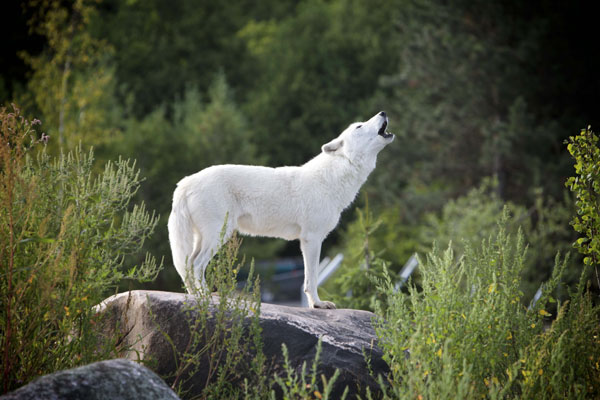 Toronto ZooAccording to Steve Paccagnan, President and CEO of Panorama Mountain Resort (Canadian Rockies, B.C), after their recent win at The World Snow Awards as North American Resort of the Year, they are more motivated than ever to provide guests with an exceptional and memorable on-mountain experience.

"We have a banner year ahead of us: in 2017, we are introducing a brand new online booking system that allows guests to learn more about the resort and to easily create their own custom packages. In addition, we’re also hosting our first-ever music festival in March, drawing some incredible performers from across Canada."

The yearlong big party in 2017 is surely in Canada.