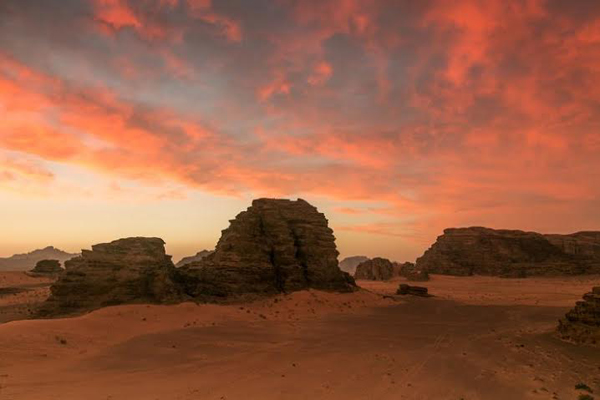 "Jordan should be declared the eight wonder of the world"

India Blooms News Service | | 21 Nov 2015, 01:24 pm
#Jordan should be declared the eight wonder of the world
Amman, Nov 21 (IBNS): 'Jordan... Out of This World' is a promotional video of Wadi Rum, which was selected by Hollywood to double for Mars in Ridley Scott's new blockbuster, 'The Martian'.

Scott announced after the release of the movie in cinemas that Wadi Rum should be the eighth wonder of the world. The Jordan Tourism Board (JTB) produced the video and posted it on its Facebook page (Visit Jordan) and YouTube channel earlier this month where it has been viewed, shared and liked extensively.

The video is an attempt to promote the red sand desert, which is some 328km south of Amman and a two-hour drive from the ancient city of Petra — one of the New Seven Wonders of the World.

It shows Wadi Rum, also known as the Valley of the Moon, as if it were Mars, with a spaceship landing in the desert carrying two passengers dressed like astronauts.
The passengers, a mother and her daughter, later meet with another astronaut, who is the father.
The family walks through the desert until they meet a bedouin man on a camel. The one minute and 40 second commercial shows the family enjoying sunset in Wadi Rum as they sit outside a tent.

The Martian, starring Matt Damon, was released in theatres in September this year and has so far made around $203 million in the US box office and some $262 million internationally.
Wadi Rum has been a popular filming destination for other Mars-centered films such as the 2000 features ‘Mission to Mars’ by director Brian De Palma and ‘Red Planet’ by director Antony Hoffman, according to the Royal Film Commission.
Related Images