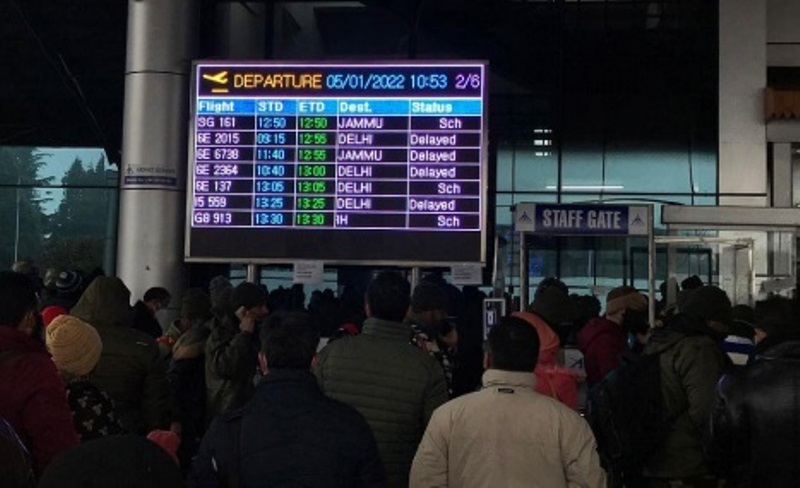 Srinagar/IBNS: At a time when the tourism history has been hit hard by omicron, the passenger footfalls at the Srinagar International Airport and the Jammu Airport witnessed a considerable growth.

As many as 31.15 lakh passengers traveled in and out of Srinagar and Jammu airports between April and December last year.

While local travel was a reason for a high passenger footfall to Srinagar, officials said the centre's decision to remove the 30 percent “load penalty” on airlines operating to Jammu Airport last year provided a major boost in air travel.

The load penalty, which restricted the number of passengers an airline could ferry, was removed after the Indian Air Force, handler of Jammu Airport's runway and air space, carried out a runway expansion work.

The J&K administration’s decision to reduce the Value Added Tax (VAT) and sales tax on the Aviation Turbine Fuel (ATF) for airlines operating in the union territory from twenty-six percent to one percent also shored up travel to the union territory.