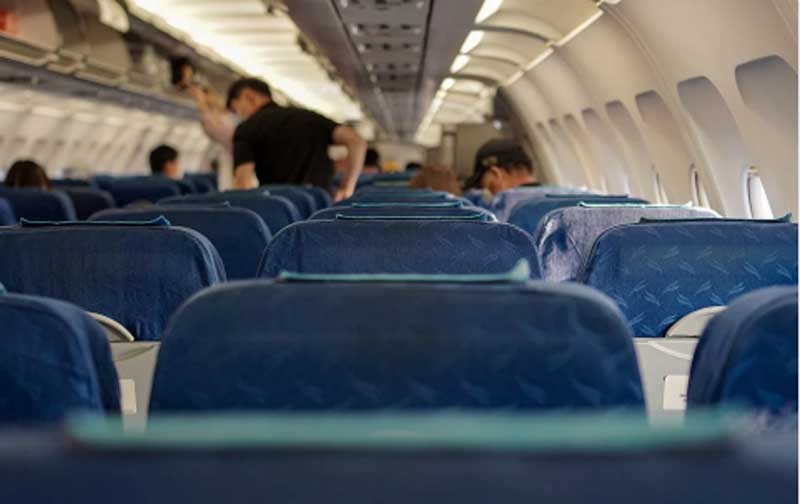 New Delhi/UNI: Due to second wave of COVID-19 domestic air passenger traffic is expected to see a further dip this fiscal and will return to pre-COVID level, not before FY 2023, investment information and credit rating agency ICRA said in a press release on Monday.

ICRA has also changed its projection for passenger traffic growth. "Passenger traffic growth estimates revised downwards to 80-85 per cent year-on-year for FY2022 as compared to earlier estimates of 130-135 per cent," the agency said in a press release, adding that pace of mass vaccination programme remains critical for the recovery of the sector.

The domestic passenger traffic witnessed a steady ramp up post resumption of airport operations from May 25, 2020, reaching 64 per cent of the previous year levels in February 2021. Due to second wave of the pandemic it has again suffered a setback.

The spike in Covid-19 infections towards March-end and April 2021 has resulted in several state governments implementing fresh restrictions. As a result there was marginal de-growth of 0.7 per cent in traffic in March 2021 compared to February 2021.

“In addition to the passengers being apprehensive for air travel, increase in infections forced many state governments to implement strict covid-19 restrictions during last two months on air travel.

The international traffic remains limited to countries with special flights under the Vande Bharat Mission (VBM) rescue operation flights and bilateral ‘Air Transport Bubble (ATB)’ agreements. Many countries like the US, the UK, Singapore, Kuwait, France, Canada, Australia, Iran, Indonesia and the UAE, which had ATB arrangements or under the VBM, have temporarily banned flights from India, citing the increasing coronavirus infections.

“The operating income is estimated to increase by around 50 per cent year-on-year with operating margins of 20 per cent as against losses in previous year. Slow ramp up in traffic would affect the cash flows available for debt servicing for airport operators adversely. However, the robust on-balance sheet liquidity of Rs 5,400 crore for the airports is strong to meet the debt obligations and support the sector in near-term,” Jain added.