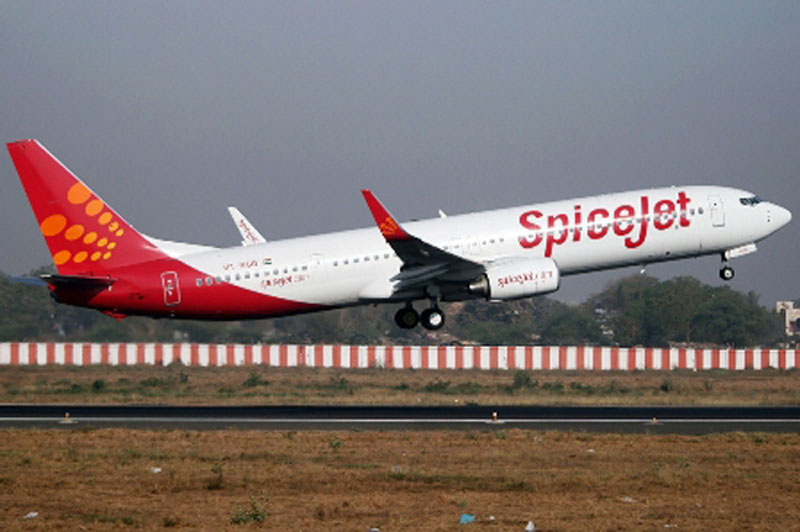 These include four new flights connecting Jharsuguda in Odisha besides a host of new flights reiterating the airline’s commitment of enhancing connectivity between metro and non-metro cities. The new flights will commence operations in a phased manner effective 12th January, 2021.

After connecting Delhi with Ras Al-Khaimah, the airline will now introduce two weekly flights from Mumbai to Ras Al-Khaimah which will be effective from 15th January, 2021. It will also increase frequency on the Delhi-Ras Al-Khaimah sector to four flights a week.

SpiceJet will be the first and only airline to connect Jharsuguda with direct flights to Mumbai and Bengaluru. Besides, the airline will now operate a Boeing 737 on the Delhi-Jharsuguda route instead of a Bombardier Q400 thereby offering additional capacity. SpiceJet also connects Jharsuguda with Hyderabad and Kolkata.

The airline will also launch new flights on Kolkata-Kochi and Kochi-Delhi sectors. Additionally, the airline has augmented its operations by upgrading frequency to daily on the Delhi-Jalandhar-Delhi sector and will add a third frequency on Delhi-Dharamshala-Delhi sector.

The airline will deploy a mix of its Boeing 737 and Bombardier Q400 aircraft on these routes.

Shilpa Bhatia, Chief Commercial Officer, SpiceJet said, “Providing air connectivity to the smaller towns and cities of India has always been a top priority for SpiceJet. We are pleased to announce the launch of 21 new flights which will offer additional flying options and travel flexibility at affordable prices. We see immense potential in these routes that will help cater to the increased demand from leisure as well as business travellers besides enhancing connectivity between metros and non-metros.”

“SpiceJet has been relentlessly working towards enhancing air connectivity for Jharsuguda in Odisha and we are extremely pleased to announce a host of new flights connecting the city to the key metros of Mumbai and Bengaluru.”

While the airline will operate a daily direct flight on all the newly launched routes, it will operate four flights a week – Tuesday, Thursday, Saturday and Sunday on the routes of Mumbai-Jharsuguda-Mumbai and Bengaluru-Jharsuguda-Bengaluru. Hyderabad- Vijayawada-Hyderabad and Hyderabad-Tirupati-Hyderabad will operate six days a week.

The airline has also announced promotional fares starting as low as INR 4193 on both the legs of Delhi-Jharsuguda-Delhi route where the airline has augmented seating capacity by upgrading the aircraft type to Boeing 737.