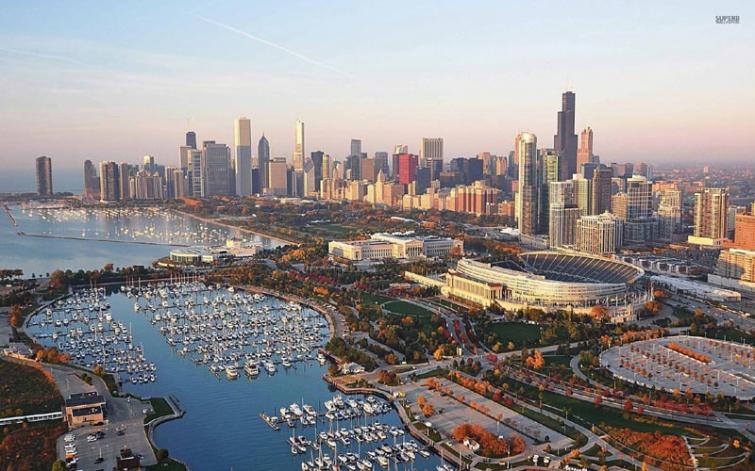 Condé Nast Traveler’s 2019 Readers’ Choice Awards are the longest-running and most prestigious recognition of excellence in the travel industry.  This year, more than 600,000 Condé Nast Traveler readers across the globe submitted a recording-breaking number of responses rating their travel experiences to provide a full snapshot of where and how we travel today.

“This wonderful recognition not only reflects the beauty and excitement of our great city, but also our tourism industry’s dedicated efforts to attract people from across the country and around the globe,” said Mayor Lori E. Lightfoot.

“Chicago will always roll out the welcome mat for visitors, and continue showcasing the sights and sounds of our world-class institutions and cultural life throughout our dynamic neighborhoods and communities, as well as in our magnificent downtown.”

Glenn Eden, chair of Choose Chicago’s Board of Directors, said: “Chicago being named best large city to visit is a true accolade for all of us in Chicago’s hospitality and meetings industry.”  “This recognition validates the momentum that we have been able to build upon these past few years but further underscores the City's impact on the nation and world as a destination that everyone should experience."

The award comes as the city continues to be recognized for its world-renowned culinary scene, including a growing number of Michelin-starred and James Beard award-winning restaurants, the buzz created by the expanded Riverwalk, top rankings of numerous Chicago museums, attractions and tours, a thriving entertainment scene, including the ongoing celebration of the Year of Chicago Theater and the city’s international acclaim for architecture and music.

Adding to this momentum, Chicago has opened no fewer than 26 additional hotels in the past four years, including many that are located in emerging neighborhoods, further adding to the breadth and impact of the visitor industry.

“It’s always significant when a leading travel publication and its savvy and knowledgeable readers vote you the number one large city destination in the nation,” said David Whitaker, President & CEO of Choose Chicago.

“But to be selected now for a third year in a row speaks volumes about the kind of city and destination that Chicago is becoming and the incredible potential that we have to further build on our emerging reputation.  It’s also a tribute to the overall effort and investments of so many in our community who are working hard every day to invite, serve and welcome the world to our home.”

The recognition from Condé Nast readers coincides with a strategic decision three years ago to expand the focus to attract more leisure visitors to Chicago from major feeder markets throughout the United States as well as a concerted effort to garner more international overnight visitors.  According to hotel occupancy reports generated by Smith Travel Research, leisure room demand (rooms consumed) has grown 14% in the past three years, with the majority of this growth generated from visitors outside of Chicago’s traditional market of nine neighboring states. This growth trend has continued in 2019 as leisure room demand (rooms consumed) is up 4.7% for the first eight months of the year.