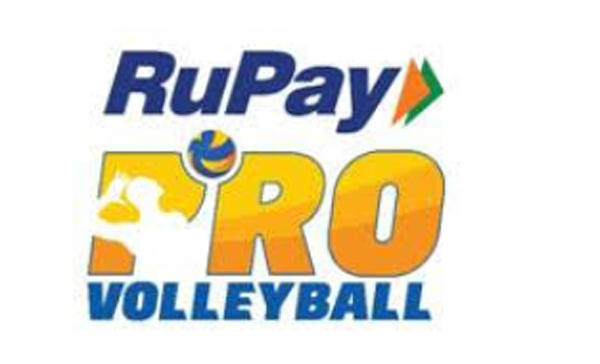 RuPay associates with Pro Volleyball League as a title sponsor

Mumbai, Jan 22 (IBNS): RuPay, the flagship product of National Payments Corporation of India, on Tuesday said it has acquired the title sponsorship rights of India’s newest franchise-based sports league, the Pro Volleyball League, that is set to start on Feb 2.

Conceived to fulfil the vision of the Reserve Bank of India (RBI) of offering a domestic card payment system to all banks and financial institutions in India, RuPay will be the league’s Title sponsor that takes off with six franchises from six different cities.

An initiative of Baseline Ventures and Volleyball Federation of India, the league will now be called the RuPay Pro Volleyball League in its first season. Expressing his delight on this association, SVP – Marketing, NPCI, Kunal Kalawatia said “RuPay, is the preferred card for 60cr Indians and 1100+ banks issue a RuPay Card today. Volleyball is a great team sport and already played across the length and breadth of the country. Like RuPay powering the Digital payments initiative, we believe that Pro Volleyball league will bring this sport to the forefront and connect the nation with a common spirit. With RuPay Pro Volley Ball League we want to celebrate the power of a young & healthy India.”

Talking about the development, Tuhin Mishra, Co-Founder & MD, Baseline Ventures, said, “We are delighted to have RuPay come on board as the Title Sponsor of the league. It is great to see that RuPay has invested in a sport that is fast-paced, exciting and perfectly matched for our young and dynamic nation.  The Pro Volleyball League aims to start a volleyball revolution to match the digital India revolution that RuPay is leading. And to help us in this endeavour, we couldn’t have found better partners than RuPay.”

Welcoming RuPay on board, Ramavtar Singh Jakhar, former India International player and current Secretary General, Volleyball Federation of India said “We wholeheartedly welcome RuPay on board of PVL. It’s heartening to see such a prestigious brand which is also the pride of our Nation to support a truly grassroot mass sport such as Volleyball. We are sure it will be a great association.”

The inaugural edition of the league will begin with Kochi Blue Spikers taking on U Mumba Volley on 2nd February at the Rajiv Gandhi Stadium in Kochi.

The six teams that were announced in November 2018, will play each other in a round robin format in the first season that will have 18 matches.