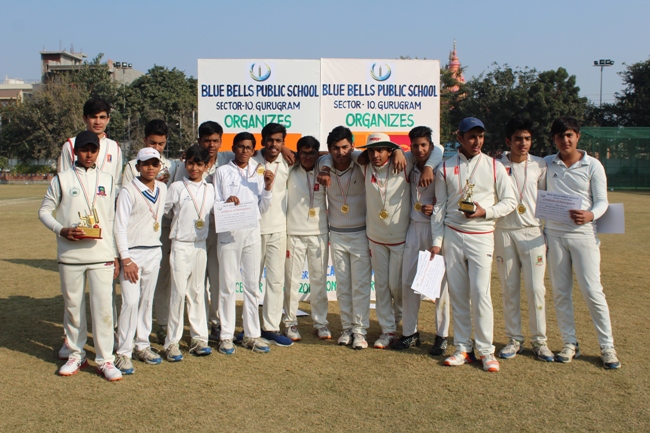 The teams of Sri Lanka Junior Cricket Academy and Blue Bells won one match each but the victory trophy was given to the visiting team. Karan Bhambo, Captain of Blue Bells Public School who scored the maximum runs score in the series, was given the Man of the Series award while the highest wicket taker Achin, Captain of Junior Cricket Academy, Sri Lanka was chosen as the best bowler. Karan Yadav, for his all round performance was chosen man of the match.

Dr. Saroj Suman Gulati, Director of Blue Bells Group of Schools, distributed the prizes to the all the players.

This year they performed really well as compared to last year. It has been a great learning experience for our players and I believe our players will learn a lot from this exposure. Both the teams were very excited. 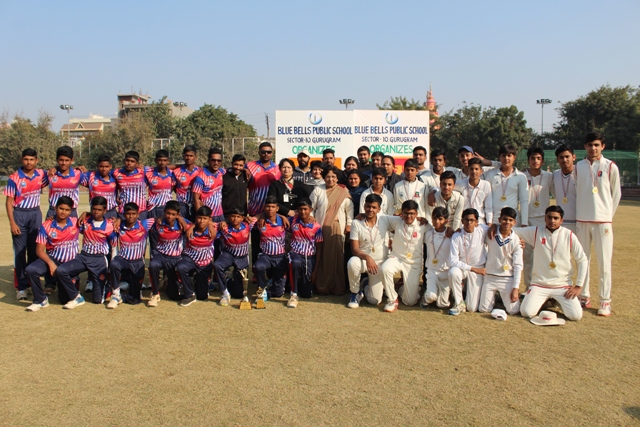 Earlier, Saturday's second match was played between Sri Lanka's Junior Cricket Academy and the Blue Bells team. In the match between the under-16 players, Blue Bells opted to bat first after winning the toss. In the 25-over match, Blue Bells opener Abhik played a blistering knock of 53 runs hitting 5 sixes and as many fours.

The start of the visiting team was not good and Sri Lankan batsmen could not stand against the bowlers of Blue Bell. As a result, the entire team was out on 109 in 21overs. Saubhagya Chaturvedi displayed great ability taking two wickets and giving away only 17 runs. Earlier, on Friday, the Junior Cricket Academy won the match, in which the Blue Bells team scored 182 runs while batting first. Sri Lankan team had achieved by losing 3 wickets in 16 overs. So both teams won one match each and series was ended in a draw.