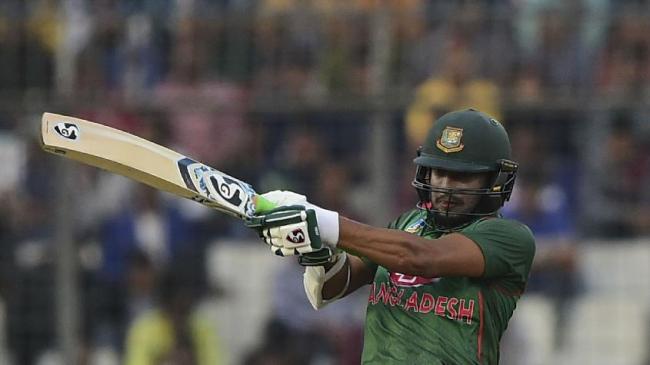 Dubai, Dec 23 (IBNS): Mahmudullah and Liton other Bangladesh players to advance; Lewis, Hope, Brathwaite and Paul move up for the Windies

Mahmudullah and Liton other Bangladesh players to advance; Lewis, Hope, Brathwaite and Paul move up for the Windies

Bangladesh captain Shakib Al Hasan has made rapid strides in the MRF Tyres ICC Men’s T20I Player Rankings after fine efforts with both bat and ball in a three-match series that his team lost to the Windies at home by a 2-1 margin.

Shakib’s 103 runs in the series, which included a knock of 61 in the opening match in Sylhet and an unbeaten 42 in the next one in Dhaka which Bangladesh won, has seen him move up seven slots to 37th position in the list for batsmen.

The left-hander has also moved up among bowlers after taking eight wickets in the series, from 10th to seventh position. Shakib, the top-ranked all-rounder in Tests and second in ODIs, is now also ranked second in T20Is with a one-position gain in the latest rankings update after his Player of the Series effort.

Shakib’s team-mate Mahmudullah has similarly gained in all three lists. His 66 runs in the series have helped him gain two positions to reach 31st among batsmen while he also finished with five wickets in the series, advancing 17 places to 51st rank. He has moved from fifth to fourth position in the all-rounders’ list.

Another Bangladesh player to gain is Liton Das, who has moved up 26 places to take a career-best 47th slot.

For the Windies, opener Evin Lewis has gained 11 berths to take fourth position after scoring 108 runs in the series while Shai Hope (up 82 places to 80th) and Nicholas Pooran (up 16 places to a career-best 88th) have also made upward movement among batsmen.

Captain Carlos Brathwaite (up eight places to 22nd) and Keemo Paul (up 42 places to 30th) have advanced among bowlers.

Meanwhile, there has been no change of positions in the MRF Tyres ICC T20I Team Rankingswith the Windies and Bangladesh retaining their seventh and 10th places, respectively.