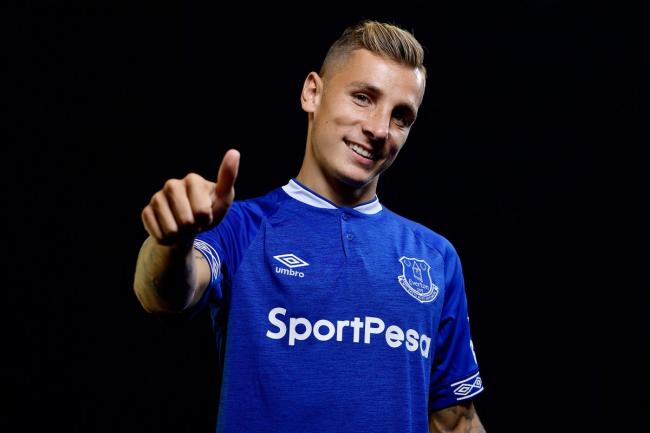 Digne has signed a five-year contract with the club

"Lucas Digne says he wants to show his best football for Everton in the best league in the world after completing his move from Barcelona, signing a five-year deal to the end of June 2023," read the Everton website.

He was on standby for champions France leading into this summer’s World Cup finals in Russia.

“Everton is a big club with a great history. I want to play games, win games and excite the fans with the quality of our football,” Digne told evertontv.

“I played good football in Rome and I played well, too, in Barcelona. I progressed a lot as a player and as a person by playing with the best players in the world," he said.

When you play with the best players it helps you build your character and, of course, it helps on the training ground and during games, too, because you want to give the best of you.

“I want to show my best football here and discover the best league in the world. Everybody loves the Premier League. I am loving the fact I am coming here.

“I am not afraid, I am excited. For me, it is a new challenge to discover a country, a league, people and a great club such as Everton. It is fabulous.”

Digne moved to PSG from first club Lille in the summer of 2013. He won back-to-back championships with the French capital side before spending a season on loan in Serie A with Roma.

Paris-born Digne’s swashbuckling form during his year in Italy captured the attention of Barcelona.

An Under-20 World Cup winner with France in 2013, he made the move to the Nou Camp in 2016. He played 46 matches for the five-times European champions, winning La Liga with the Catalan giants last season.