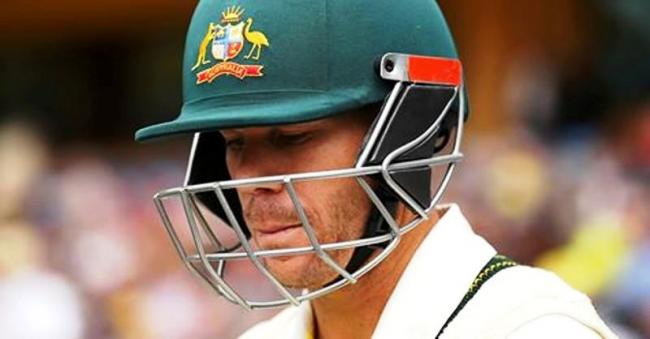 Melbourne, Mar 29 (IBNS): Tainted cricketer and former Australian vice captain David Warner has tendered an apology for his involvement in the sandpapergate, which took place in South Africa's Cape Town, during the third Test match of the series.

"To cricket fans in Australia and all over the world: I am currently on my way back to Sydney. Mistakes have been made which have damaged cricket," the explosive Aussie opener said.

"I apologise for my part and take responsibility for it. I understand the distress this has caused the sport and it fans.

"It's a stain on the game we all love and I have loved since I was a boy," Warner said.

He said that he will now spend time with his family and friends.

"You will hear from me in a few days," he said.

Following its investigation, Cricket Australia, the sport's highest governing body in the nation, imposed a year-long ban on Steven Smith and David Warner.

Cameron Bancroft, who was caught red-handed attempting to tamper the ball with a yellow substance, what now appears to be a sandpaper, has been handed a nine-month ban.

However, all three cricketers have been allowed to play domestic cricket, thereby, the embargo has been put on their international career for period of 12 and nine months respectively.

Additionally, the aforementioned players will have to undertake 100 hours of community service.

Meanwhile, Australian head coach Darren Lehmann, who was earlier in the week handed a clean-chit, said that the team needs to change its style of play.

"Previously we butted heads but that's not the way to go forward," he said during a press conference.

"The team has been seen quite negatively in recent times and there is a need for us to change some of the philosophies about the way we play.

"We do respect the opposition but we push the boundaries. So we've got to make sure of respecting the game, its traditions and understanding the way the game holds itself around the world," he said.

The head coach also said that he will not step down from his role, amid calls for his head from faithfuls.