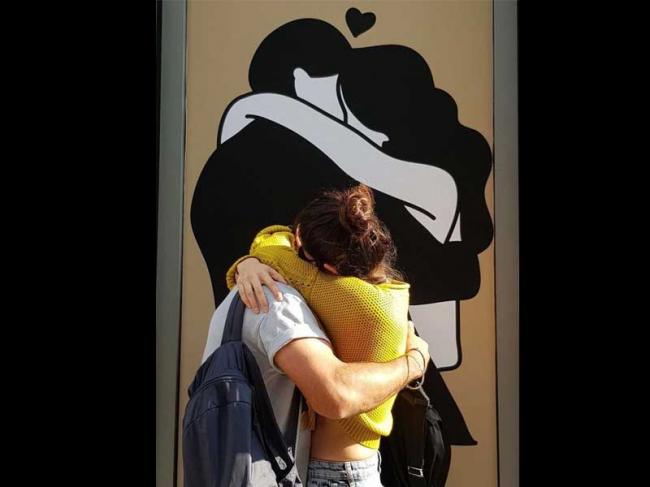 Bloomfontein, Feb 20 (IBNS): One of the most celebrated couple in the Indian cricket history has once again raised a storm of love and this time publicly.

Indian cricket team captain Virat Kohli is not only in a tremendous form on the cricket field but also going strong in love.

Virat and his wife Anushka, who were seen spending quality time with each other on multiple occasions, have thrown their intimacy into the public domain.

In a picture shared by Virat on Instagram on Tuesday, the couple was seen hugging each other with a similar sketch in the background.

Virat called his wife, "My one and only!"

Anushka too recently lauded Virat each time the skipper went for a hundred in the recently concluded ODI series against South Africa.

Anushka shared an Instagram story with a caption "What A Guy".

Virat, who has been in sublime form for few years now, praised back his wife Anushka at the post match interaction.

When asked about his performance, Virat said Anushka always motivates him.

Virat and Anushka got married in December last year at a private ceremony away from the media glares in Tuscany, Italy.

The two have been dating each other since 2014 following their shoot for a TV commercial.