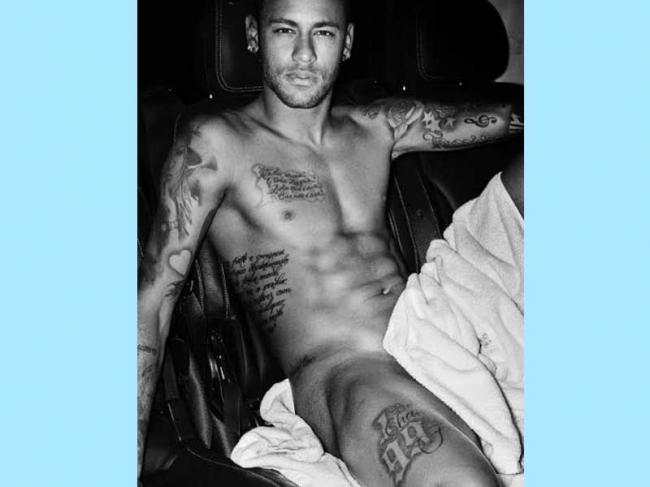 In the photo shoot, Neymar was seen wearing nothing.

He was trying to hide his modesty by a towel.