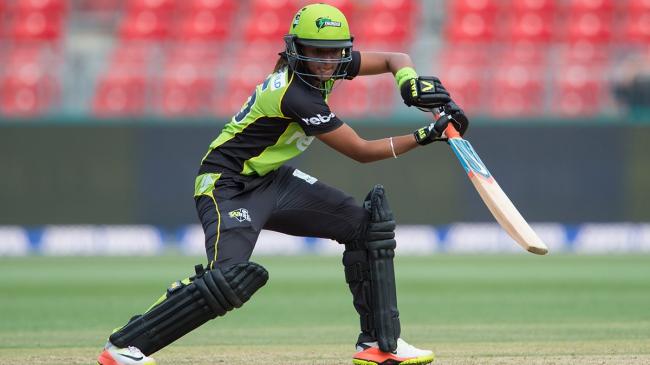 Sydney, Nov 24 (IBNS): Sydney Thunder on Friday said it has extended the contract of Indian all-rounder Harmanpreet Kaur for a further two seasons.

The 28- year- old made her debut in the opening match of the season, finishing unbeaten on 47 from 28 balls including two sixes.

Kaur was also a member of the recent Indian Women’s World Cup squad, with her knock of 171 not out in the semi-final against Australia cementing India’s spot in the final.

“It’s been almost like a dream come true, we as a unit never thought we would make it to the finals and then going so close to winning. It’s been a great experience for the side, things have drastically changed for women’s cricket in India,” Kaur told the club website.

“People are recognising us, they come for our autographs and pictures -  it’s such a good feeling to get that respect from the country which is mad for cricket.”

“Alex gave me her jersey for that memorable innings of 171 against them and congratulated me. Rachael congratulated me and said she was looking forward to seeing me back in the Women’s Big Bash League,” said Kaur.