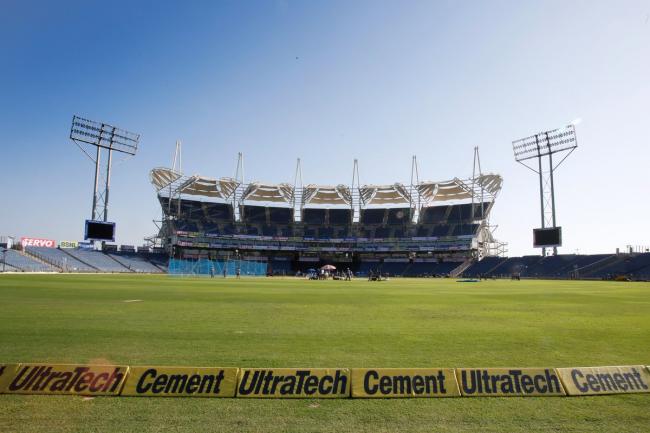 The Pune curator agreed to tweak the pitch as per demands of journalists, who were posing as bookies, in a sting operation recently conducted by India Today TV before the second match of the series.

"India Today TV conducted a sting operation on Salgaonkar with reporters posing as bookies. The sting revealed how the curator allowed the undercover reporters to walk on the pitch and even agreed to change the wicket according to their needs just a couple of days before the India-New Zealand second ODI," read a report published on India Today website.

Meanwhile, BCCI reacted to the issue and said: "After reports stating an alleged malpractice from the MCA (Maharashtra State Cricket Association) pitch curator, Mr Pandurang Salgaonkar, the MCA has dismissed Mr Salgaonkar from the position of Curator with immediate effect."

The BCCI appointed curator Ramesh Mhamunkar was immediately made the point person for the centre wicket and the field of play for the 2nd ODI between India and New Zealand.

The International Cricket Council (ICC) Match Referee Chris Broad inspected the pitch ahead of the match and cleared the same for the game to go ahead.

Vinod Rai, Chairman of the COA was stern in his views and reiterated that a detailed enquiry will be made and the matter will be taken with utmost seriousness. “We are looking into the issue and in contact with the concerned officials. We have asked for a detailed report and will act upon it accordingly. At BCCI, we have zero tolerance towards any such activity."

Amitabh Choudhary, Acting Hony. Secretary, said: “The BCCI has zero tolerance towards any activity that brings the game to disrepute. We have acted swiftly and ensured that there are no loopholes left ahead of the 2nd ODI between India and New Zealand.”

Rahul Johri, CEO of the BCCI too echoed the same opinion. “A strict action has been taken against the pitch curator and the employment relationship between Mr Pandurang Salgaonkar and MCA stands terminated. The BCCI is in touch with the MCA and appropriate measures will be taken with regards to the matter. The BCCI will continue to enforce strict measures in case of such misconduct in the future.”

The second ODI match between India and New Zealand is currently going on.