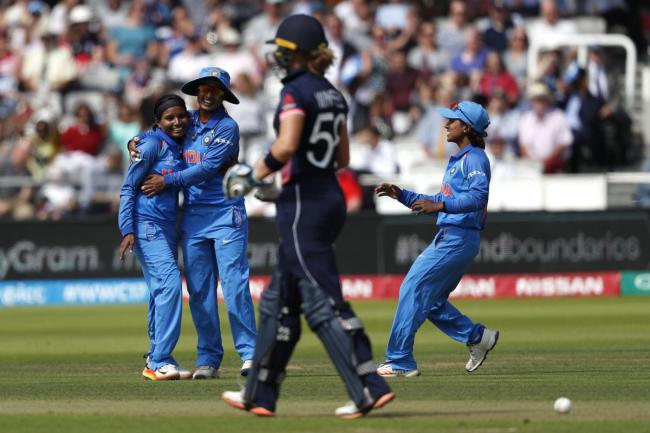 Former Indian cricketer Sachin Tendulkar led the country in wishing the nation as he tweeted: "Wishing our #WomenInBlue all the best for the #WWC17Final! We are all cheering for you! Messages of support from my 100MB family! #ENGvIND."

Superstar Shah Rukh Khan, who owns IPL side Kolkata Knight Riders, wished the team by saying: "To the Women in Blue for the WWC17 Finals. You make us the most proud. All the best & have a great game. Love to the Ladies."

Actor Anupam Kher tweeted: "Here is wishing #WomenInBlue all the luck for #WomensWorldCup2017. You are the BESTEST. Jai Hind & Jai Ho.."

Actor Anil Kapoor wished by saying: "All the very best to the Women in Blue for today's #WWC17Final. Come on India ."

Actress Shraddh Kapoor tweeted: "Such a proud feeling that our India Women's Cricket Team is playing in the #WomensWorldCup2017 FINAL! GOOD LUCK! Girl power all the way!!!."