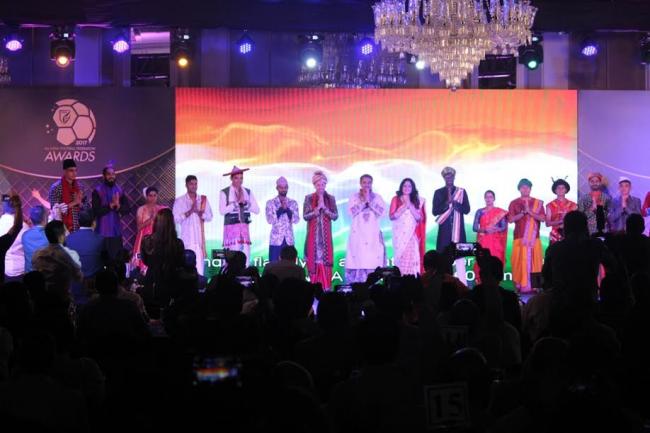 India Blooms News Service | | 09 Jun 2017, 05:08 pm
#IndianFootball, #AIFF, #PrafulPatel, #Sunil
New Delhi, June 9 (IBNS): Even after registering seven consecutive wins including the recent 2-0 thumping of Nepal at the Andheri Sports Complex in Mumbai, the Indian National Team does not dwell on the past much and is already focused on a â€œmassiveâ€ match in the AFC Asian Cup Qualifiers against Kyrgyz Republic on June 13 in Bengaluru.

“We desperately want to win against Kyrgyz Republic at home as they are the favourites and three points against them will boost our chances to qualify for the AFC Asian Cup 2019,” said Sunil Chhetri on the sidelines of the AIFF Awards Night. The entire National Team had come together to be a part of the first-ever AIFF Awards night where all 2016 AIFF Awards and Hero I-League Awards were presented to the recipients.

“Kyrgyz Republic is a big hurdle for us but we are confident to qualify for the AFC Asian Cup in 2019 and with the winning momentum that we have adds to it. When you win everybody is happy. Winning changes things. It is very important for teams to keep winning. We hope to put our best foot forward,” Chhetri, who won the Hero of the Hero I-League Award, added. The recent rise in the FIFA Ranking which sees Constantine’s men at 100 has made the team more “determined.”

But Chhetri wasn’t willing to read much into it. “Rankings are important to some extent as there are a lot of variables at play. But it is imperative for us to keep winning matches like we did against Myanmar, Puetro Rico and Nepal. As a player you never worry about FIFA Rankings, you put your head down and do the work.”

Gurpreet Singh Sandhu, who was awarded the 2016 Award for Special Recognition added: “Rankings do matter but as a Player our job is to concentrate on the pitch and give it our best.”

“We can only take good points going into the match against Kyrgyz Republic. We don’t have to be cocky about winning seven games in a row, but aim to maintain our winning streak,” the first-ever Indian to play in an Europa Cup match added. 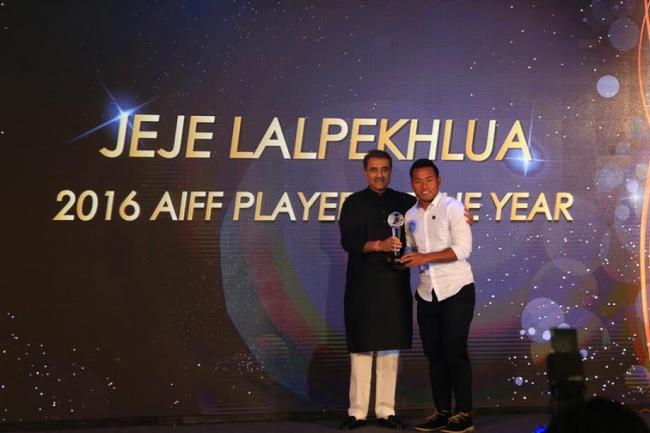 Meanwhile, Chhetri heaped praise on fellow forward Jeje Lalpekhlua who was received the 2016 AIFF Player of the Year Award. “Jeje is the best player in the country right now. He has been outstanding for the country and whenever he plays we find ourselves in a comfortable position. He is going to take us places.”

The Mizo striker has been a boon for both Club and Country and the forward even found the net against Nepal in India’s recent 2-0 win in the International Friendly.

“My target right now is to win the match against Kyrgyz Republic and boost our effort to qualify for the AFC Asian Cup,” Jeje stated. “I contribute my performance to my hard work off the pitch and it is very important for me as well to keep scoring and help my team in whatever way possible.”

Meanwhile, Debjit Majumdar, Udanta Singh, Nishu Kumar, Shubhasish Bose and Lalruatthara have been released from the Camp. The Team will be travelling to Bengaluru on June 10 (evening).