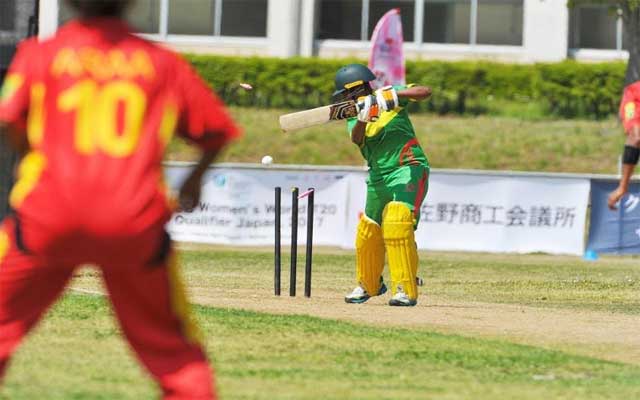 In the opening match of the Qualifier, Samoa won the toss and sent Japan in for the first ICC match on turf in Japan.

Japan got off to a slow but solid start before captain Kurumi Ota was unluckily run out at the non-striker’s end.

From there Japan lost regular wickets throughout their 20 overs which restricted their ability to set a defendable score.

Former captain Shizuka Miyaji was the only batter to stay there for her 27 not out with Japan setting Samoa a target of just 71 for victory.

Samoa’s swing bowler Matile Uliao was frugal throughout her four overs, finishing with 2/5.

It never looked like enough for the big hitting Samoa and openers Via Andrew (30 not out) and Lagi Otila Telea (25 not out) ensured Samoa passed the target in just the 13th over.

Telea was named player of the match for her all-round effort with bat and ball.

In today’s second game, PNG proved equally as good as they notched up a nine wicket win over a young Vanuatu team.

Ravini Oa did the damage with the ball for PNG taking 4/14 off 3.5 overs including two wickets in the second over of the game.

Alvina Chilia brought some stability and runs to the Vanuatu innings with her 24 as they were bowled out for 80 in the final over.

PNG captain and player of the match Pauke Siaka led from the front.

She top scored with 31 off just 30 balls in a partnership of 70 with Tanya Ruma (20 not out) as PNG cruised passed the total off the last ball of the 11th over.

Tomorrow’s matches see PNG taking on Samoa in the morning, and Vanuatu playing Japan in the afternoon.

The 2018 ICC Women’s World Twenty20 – East Asia-Pacific Qualifier 2017 is taking place in Sano, Japan from April 28 to May 5 and will feature teams from Japan, Papua New Guinea, Samoa and Vanuatu.