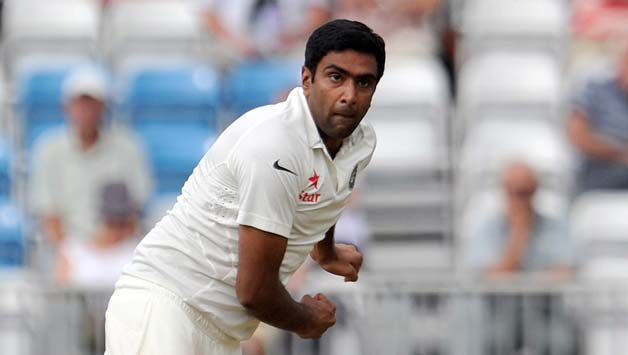 Wickets of Tom Latham (2), Martin Guptill  (0), Kane Williamson (25) were picked up by Ashwin as he damaged the initial battling line-up of the visitors at a difficult position.

New Zealand needs 434 runs to clinch the first match of the series.

Luke Ronchi (38) and Mitchell Santner  (8) will resume the proceedings for New Zealand on Monday.

Indian skipper Virat Kohli declared their innings at 377 runs for the loss of five wickets, setting a steep target of 434 runs for New Zealand to chase and win the first of the three match Test series.

The declaration came after Ravindra Jadeja (50 not-out) reached his half-century.

Jadeja was involved in a hundred run unbeaten partnership with Rohit Sharma (68) for the sixth wicket.

Sharma was earlier involved in a 49-run partnership with Ajinkya Rahane (40), before a fine catch from Ross Taylor in the slips off Santner removed him.

Earlier, resuming on their overnight score of 159 runs, the Indian batsmen added 93 runs in the first session while losing three wickets

At lunch, India were at 254 runs for the loss of four wickets.