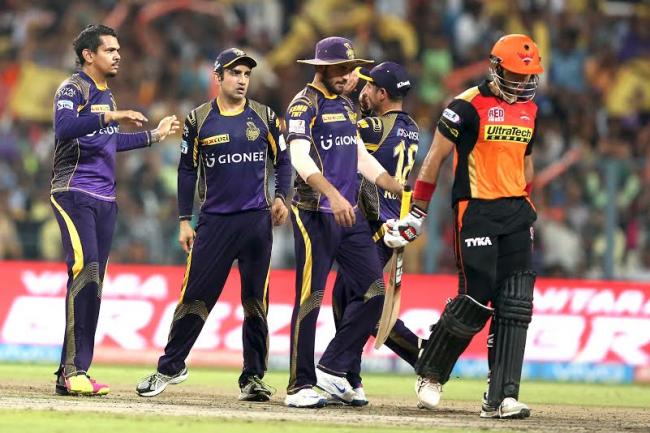 Shikhar Dhawan (51) tried to spoil the party for KKR by giving a strong start but it was spinners who pulled the match in favour of the home side.

After David Warner (18) was dismissed, it was Kuldeep Yadav ,who picked up the wickets of Dhawan, as KKR returned to the match in style.

Yadav picked up two wickets in the match.

It was ,however, Sunil Narine and his brilliant spell where he took three wickets by giving away 26 runs which helped KKR in pulling away the match from the grasp of Hyderabad.

Deepak Hooda and Bhuvneshwar Kumar picked up two wickets each for Hyderabad.