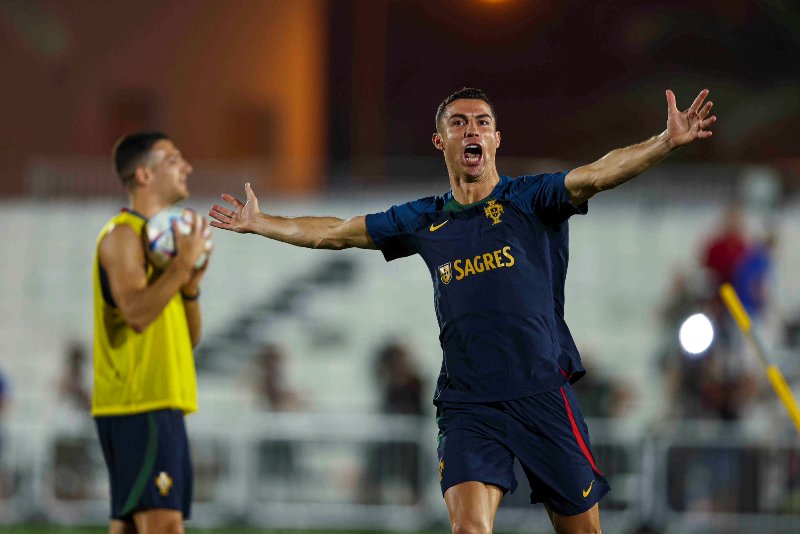 Cristiano Ronaldo refutes reports of his move to Saudi club

Lusail/UNI: Cristiano Ronaldo has refuted reports of a move to Saudi club Al Nassr in the new year.

"No, that's not true — not true", he said at a press conference early Wednesday after Portugal hammered Switzerland 6-1 to reach the quarterfinals of the FIFA World Cup in Qatar.

Earlier multiple reports in the media claimed that the five-time Ballon d'Or winner will head to Saudi Arabia after inking a whopping $418 million two-year contract with Al Nassr.

Reportedly, he was set to receive a mammoth $209 million per year, with his potential deal coming into effect from January 1.

In his interaction with Morgan, the Funchal-born football megastar declared that he has lost respect for United's manager Erik ten Hag as he was hand in glove with the club's management that was trying to force him out of the club.

Meanwhile, in another setback for CR7, he was benched by coach Fernando Santos for Portugal's all-important Round of 16 clash against Switzerland in the World Cup on Tuesday.

With Ronaldo spending most of his time on the sidelines, his national future seems to be up in the air.

His return to Portugal's national team has become far more difficult after his replacement Goncalo Ramos scored a hat-trick in the side's 6-1 demolition of the Swiss boys to book their place in the quarterfinals of the world's premier football tournament.

The former Real Madrid and Juventus talisman, however, has defied the odds in the past on many occasions and he may still make the cut for Portugal during the semifinals and the final if the team from the Iberian peninsula manages to defeat Morocco in the quarterfinals.

Portugal will square off against Morocco for a place in the semis on Saturday.