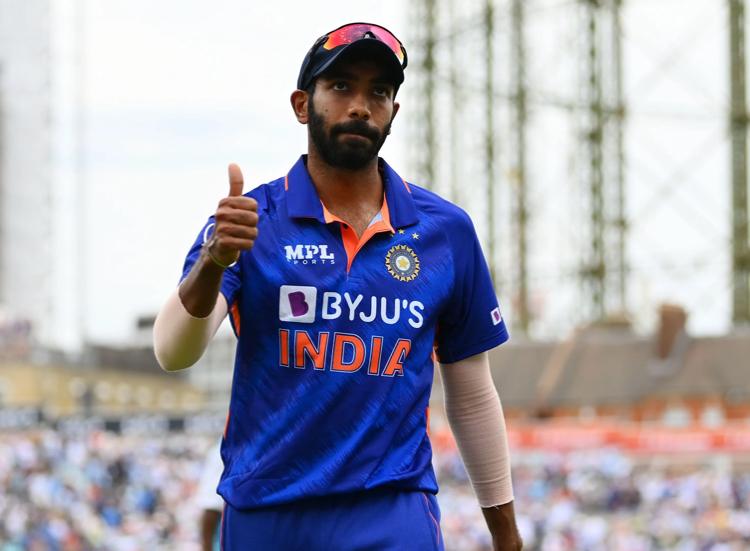 Dubai/UNI: With the ICC Men’s T20 World Cup around the corner, Australian legend Mark Waugh named the first five players he would pick in a World T20I XI and India speedster Bumrah is one of them.

Speaking in the build-up to the 2022 T20 World Cup in Australia, Waugh stressed his list was in no particular order, but looked to the bowlers in the quintet first.

Waugh praised Bumrah's versatility and believes the India speedster will no doubt fire at the tournament Down Under.

"I think he's a fantastic bowler in all formats, actually," Waugh told ICC. "His ability to get wickets in T20 cricket is key. He can bowl at the death and he can bowl up front."

"To open the bowling at the other end we'll go with another right-opening bowler, Shaheen from Pakistan, who is a tremendous left-arm fast bowler," Waugh said. "He's a wicket-taker. He sort of lifts the team. He's a guy that other players follow.

"He is a left-armer so that’s another point of difference. He can swing the ball back into the right-hander, he’s quick as well, so I’ve got him number two."

Known for his consistency with the ball, Afghanistan spinner Rashid's help with the bat only helps push his case in the eyes of the Australian.

"In all competitions he plays in, he’s just the one guy who you know is going to bowl four overs," Waugh noted.

"He’ll probably get two or three wickets and go for 20 runs, and he can bat. He can also whack the ball over the fence."

In a rich vein of batting form, the Englishman Butler's exploits at the top of the order in both domestic and international cricket were too good for Waugh to ignore.

"I think he's probably the number one batsman in world cricket in the T20 format. He's just a clean striker of the ball. “We've seen him in all tournaments, he just looks on a different level to other players," Waugh said.

In selecting an all-rounder, Waugh pushed forward the case of Maxwell and called him an X-factor.

"Glenn Maxwell is the sort of player that can win you a game in the field and with the bat," Waugh exclaimed. “With the ball, he's probably underrated, but I think if he bats 30 balls, he'll win you the game.

"So I think Glenn Maxwell, even though he's just not a consistent player, he's that X-factor that can win your game on any given day."

Many of Waugh's selections were similar to what fellow former greats Ricky Ponting, Shane Watson and Mahela Jayawardena had chosen when they were asked to provide the five players they would choose in a World T20 XI on The ICC Review.

Ponting had three of the same players that Waugh chose, with India superstar Hardik Pandya and Pakistan skipper Babar Azam the two extra players the former Australia captain plumped for.

Watson only had two players the same as Waugh, with the talented all-rounder also including Babar, Suryakumar Yadav and David Warner in his five.

Jayawardena had four players the same as Waugh in his top five, with Pakistan opener Mohammad Rizwan his only point of difference.