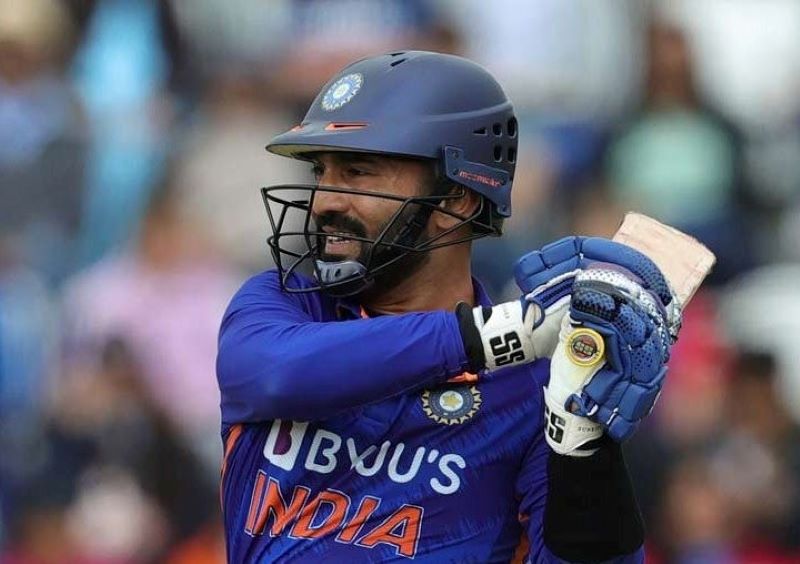 'You taught me to say...': Dinesh Karthik in reply to Ravi Shastri's 'easy game...' remark

Chasing a target of 91 in the match which was reduced to eight overs due to the delay caused by rains, India scored 92/4 in 7.2 overs, thanks to Rohit's unbeaten 46 off 20 balls.

WHAT. A. WIN! 👏 👏@DineshKarthik goes 6 & 4 as #TeamIndia beat Australia in the second #INDvAUS T20I. 👌 👌@mastercardindia | @StarSportsIndia

Playing a cameo, wicketkeeper-batsman Dinesh Karthik, who has earned fame due to his finishing touches, wrapped up the match in favour of India in the first two balls of the last over where they needed nine runs.

Karthik straightaway went for a six and then a four in the first two balls to finish things off.

In an epic reply, the senior wicketkeeper-batsman said, "You are the one who taught me to say, ‘it’s never an easy game', Ravi bhai! Don't go back on that, please. It's a hard game, you know how it is!"

India will take on Australia in the series-decider in Hyderabad Sunday evening.