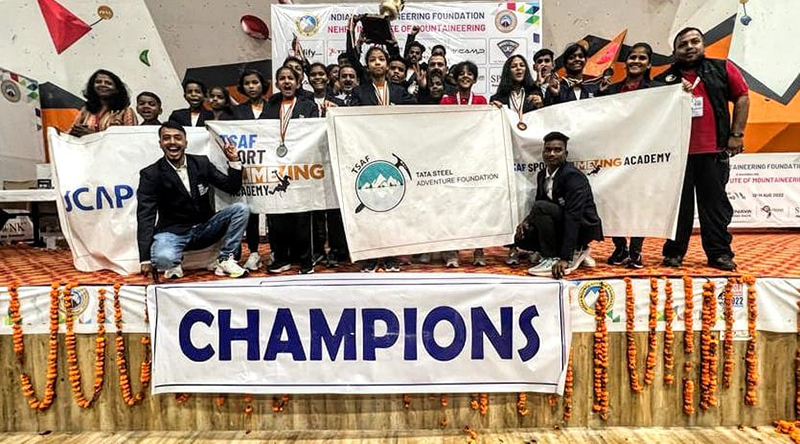 Uttarkashi/IBNS: Jharkhand, a constituent of eastern zonal chapter of Indian Mountaineering Foundation (IMF), emerged as the power house of  sport climbing  in the country   as 26th National Sport Climbing Championship was successfully concluded with plaudits to Nehru Institute of Mountaineering (NIM) who organised the event on behalf of  IMF North Zone Committee under the aegis of IMF recently.

Earlier east zone won the team championship when the national was held in Bhubaneswar. The  championship could not be held on the last two occasions because of the pandemic.

Beside the golds, Jharkhand also earned six silvers and four bronzes to tally 22 medals in total.

In the medal hunt, Jharkhand was followed by Maharashtra who won a total 15 medals including three golds, five  silvers and seven bronzes. Former champions Karnataka settled for the third place with a couple of golds, three silvers and five bronzes while Services earned one gold and a bronze.

Manipur which produced good sport climbers earlier remained contended with two silvers . Among other states Jammu & Kashmir  collected a silver and a bronze, Punjab got one  silver while hosts Uttarakhand earned one bronze.

The championship got off to a colourful start with Uttarakhand  sports minister Smt Rekha Arya declaring the meet open in presence of IMF President Dr Harshvanti Bisht , Chairman of National Sport Climbing Committee (NSCC) Keerthi Pais , Principal of NIM Col Amit Bisht, other dignitaries and all participating climbers and officials. 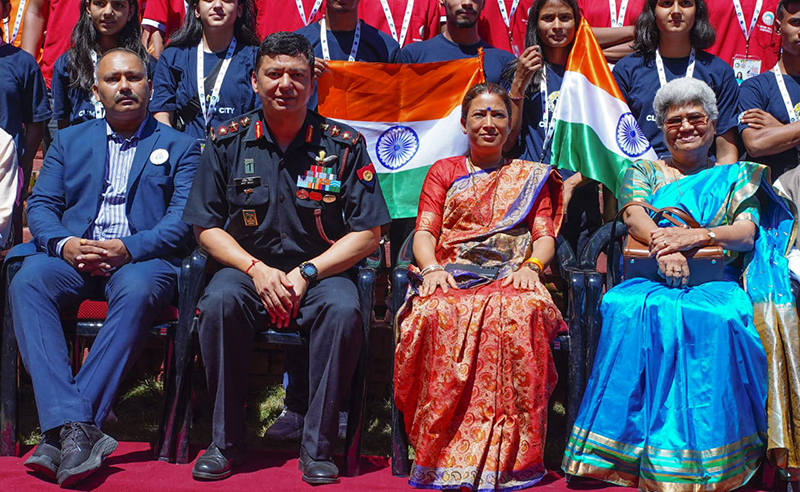 Except in bouldering events, Jharkhand athletes dominated the show in lead and  speed climbing, winning top positions in ten  out of  twelve categories in the last two events. In bouldering they had to remain satisfied with two golds  which came  through sub-junior boys and girls.

Spotlight, during the three-day event, was mostly on Kiron Singh Thakur and Kundan Singh, both from Jharkhand in sub- junior girls and boys category respectively for each winning three golds and  emerging best in all the three disciplines.

Anisha Verma, also from Jharkhand , stole the limelight  among women  bagging two golds in lead and speed and a silver in bouldering. Anisha, who was selected to represent India at the Hangjhou Asian Games in China which has been deferred to next year because of a pandemic there, lived up to the expectation setting a new national mark of 10.071 seconds in the final of speed event.

Another National mark was  also made in this championship which was achieved by  Birajdar Dhiraj of Services in the quarter final of speed event for men. Birajdar ,
who clocked 6.388 seconds in the last eight stage ,could not rise to the occasion in the semi final and remained contended with the bronze.

Veteran Bharat Periera and experienced Apeksha Arun displaying fine form emerged best in bouldering for men and women respectively to earn a gold each for Karnataka while  Services  got their lone gold through  Sarvan Chauhan in speed  event for men.

Joga Purty  of Jharkhand also shone bright winning two golds in lead and speed for junior girls while her compatriots  Ranit Bandera and Suraj Singh in junior boys group showed fine  promise.  While Ranit earned  a gold  in lead beside getting a silver each in speed and bouldering, Suraj Singh Thakur  clinched the yellow metal in  speed.

The two men climbers, noted for their prowess in sport climbing , veteran   Maibam Chingkheinganba of Manipur  and  upcoming Aman Verma from Jharkhand , who was also selected  to represent the country at Hangjhou Asiad, could not impress much. While Maibam got a silver each in  bouldering and lead, Aman won a silver in speed and a bronze each in lead and Bouldering.

Sport climbing after its inclusion as a competitive sport in the Olympics and Asian Games is  gaining popularity in the country. The way TSAF is nurturing and promoting sport climbing is exemplary which is well reflected in this nation. One hopes that more organisation's and sporting bodies follow them for the betterment of this sport in India.