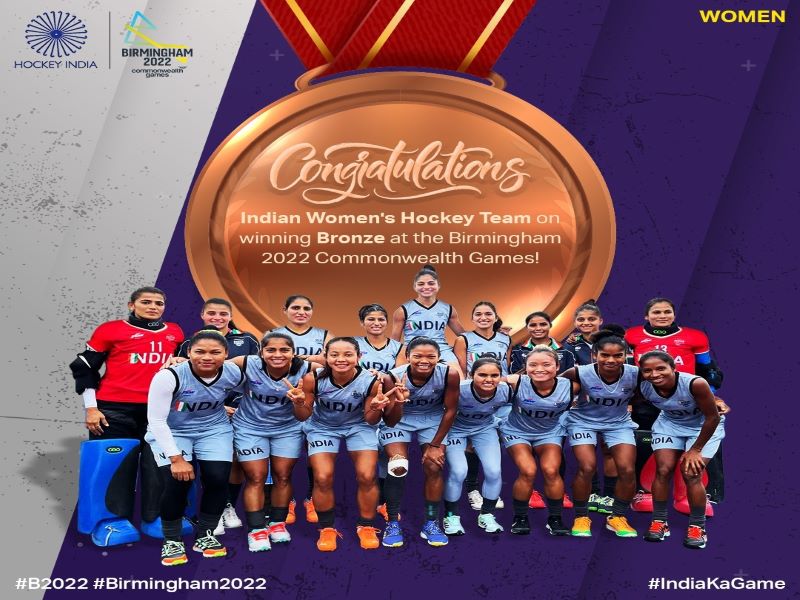 The match started at 1: 30 pm (IST). In the first half, India tried to dominate the game with Samila Tete getting close to making the first goal. But, the Kiwis managed to foil the attacks with their strong defence.

The match entered the 2nd half without a single goal being scored by either of the teams.

However, just one minute into the 2nd half, Tete struck and India went up by 1-0 as New Zealand's defence crumbled in the face of constant attacks by the Indian forwards.

India maintained a 1-0 lead over their opponents and the match entered penalty shootout.

New Zealand scored 1-0 up in the shootout soon as Megan Hull materialized her hit into a goal.

But, the Indian women soon equalised the scorecard with Sonika scoring the first goal in the shootout.

India won the bronze medal with Navneet scoring the second goal in the penalty shootout.