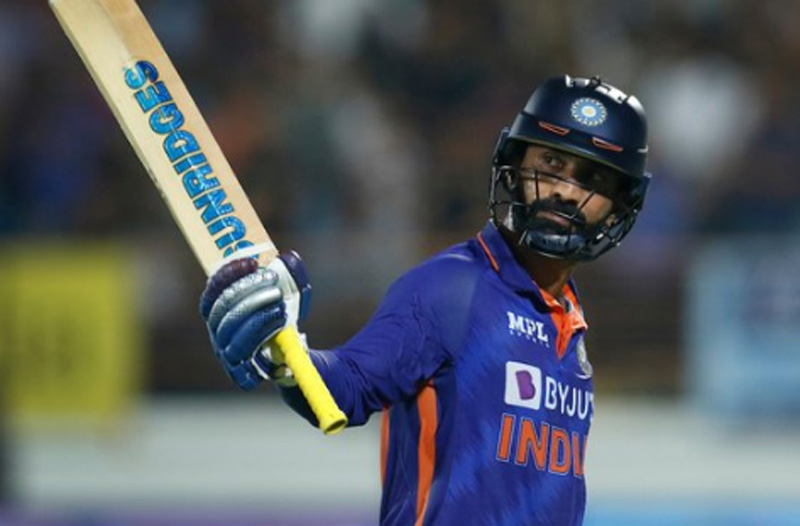 The pitch was turning square in death overs and South Africa could not match up.
The Indian bowlers simply kept good lines as the pitch was doing everything in their favour.

Bavuma retired hurt after getting hit on the elbow. Dwaine Pretorius ran out Quinton on 14, and fell to Avesh Khan without opening his account after facing 6 balls.

Heinrich Klaasen (8), David Miller (9), Rassie van der Dussan (20) and Marco Jansen (12) swung at everything - missed some and hit some. He perished to hand out a crushing win to India.

For India, Avesh Khan picked four wickets in an electrifying spell, while Yuzvendra Chahal (2/21) bagged two and Harshal Patel (1/3 in 2 overs) took one.

Earlier, India managed only a paltry 56 runs in the first 10 overs before Hardik Pandya and Karthik partnership increased the tempo of the innings. They forged a 65-run stand in 33 balls to take India to a good score.

Hardik smashed 46 and Karthik notched up his first maiden T20I fifty. He made 55 off just 27 deliveries, hitting 9 boundaries and 2 sixes in his knock.

India were in a spot of bother after being reduced to 40 for three in the 7th over but Pandya and Pant (17 off 23 balls) added 41 off 40 balls to provide stability to the innings.

Bavuma won the toss and sent India in to bat.

After losing the first two games, India made an exceptional comeback in the series. They had trounced the Proteas in Visakhapatnam by 48 runs and today by 82 runs.
Both teams will lock horns in the deciding T20I in Bengaluru on Sunday.